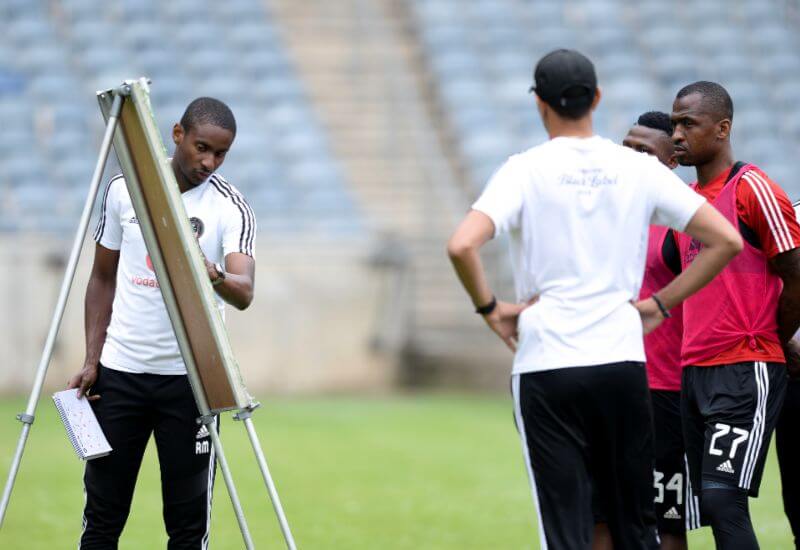 Orlando Pirates are back in action on Tuesday, trekking across town to Makhulong Stadium, where they meet Highlands Park in an Absa Premiership encounter.

The Buccaneers will be licking their wounds, following a shock defeat to Stellenbosch FC in Cape Town over the weekend.

However, with fixtures coming in thick and fast, Rhulani Mokwena's charges will have to dust themselves up quickly and put the disappointment of the last result behind them.

They are up against a side which has already scored a win against them this season.

Highlands Park knocked Pirates out of the MTN8 back in August, and could be an even trickier prospect in their own backyard.

Form is also on the Lions of the North's side, who registered a victory over the weekend, while the Buccaneers faltered.

The win was a fourth in the season for Owen da Gama's men, who among the early pace setters in the league.

Peter Shalulile: The Namibian has come into his own early in the season, banging in half of his side's league goals so far.

He tops the goal scoring charts with six goals, and will be the player to watch as he seeks to add to his tally.

Mothobi Mvala: The defensive midfielder was among the best players in the league last season, and was recently rewarded with a national call-up.

Despite his defensive role, he is a constant goal threat, and finished the previous campaign with eight league goals.

Mulenga set to start training with the Buccaneers