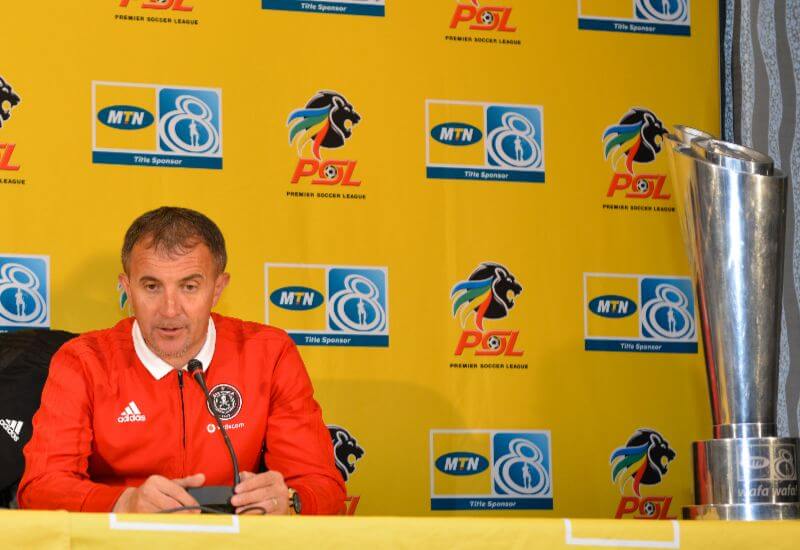 The MTN8 cup competition is back!

After missing out on a top eight berth for the first time since the inception of the Premier Soccer League, the Mighty Buccaneers make a return to South Africa’s most lucrative cup competition, and what a way to mark a return with a home fixture against defending champions SuperSport United.

They say pressure creates diamonds and fire refines gold. When Micho Sredojevic and his charges take to the field on Saturday evening they will come across a team that has done its part to apply the pressure, but to date, the Buccaneers have buckled against their Tshwane counterparts. First it was the scalp of Kjell Jonevret – losing 4-1 in the Nedbank Cup final – then it was the turn of Muhsin Ertugal in the infamous 6-1 defeat in the league.

Despite their poor start in the current league campaign, SuperSport United will come into this encounter as favourites over their more illustrious opponents, who have won the competition nine times against United’s two.

Pirates are winless over United in over nine previous encounters but the silver lining for this current Pirates squad is that this technical team has not tasted defeat against Matsatsantsa since taking the reins at the club last year. In the two matches they faced each other last season, both encounters ended in 0-0 stalemates.

Saturday night provides the Serbian and his 32-year old assistant Rhulani Mokwena an opportunity to overturn the status quo as it were and re-establish the dominance Pirates once had over United.

The game of football is won and lost in the field of play and not on paper, but stats are a valuable piece of information for providing context. Here at Orlandopiratesfc.com we decided to look into the history books once again and see what the last twenty league and cup competitions between Pirates and United have produced.

SuperSport United have struggled away from home recently and this trend from last season seems to have carried through to the new season with Matsatsantsa losing its opening match 2-0 against Cape Town City.

The loss to City stretches United’s winless run away from home to six consecutive matches. In those matches, United lost three times and drew the rest; scoring once during that time. The last time United won an away game was over six months ago when they defeated the now-relegated Ajax Cape Town 3-0.

The upcoming match will be played at the Orlando Stadium on Saturday night. Kick-off is scheduled for 20h30.

Tickets are currently on sale at Ticketpro stations with adults expected to pay R60 for unreserved stand tickets while children under 12 years old will only fork out R15.