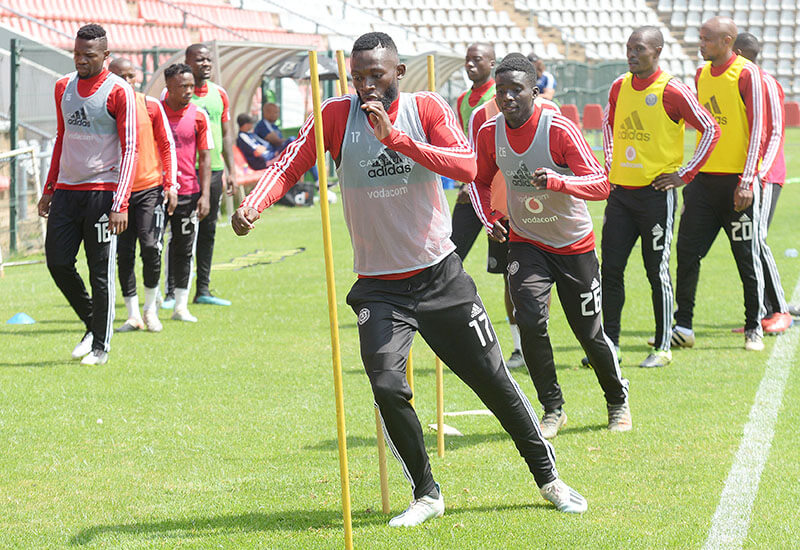 Orlando Pirates will look to continue their steady climb up the standings, as they host AmaZulu at Orlando Stadium on Saturday.

The Buccaneers have enjoyed a happy period, collecting maximum points in each of their last three league matches to reach fifth place in the Absa Premiership log standings.

They will be aiming to continue on their upward trajectory against a Usuthu side that is desperate for points having struggled to produce consistent performances. The visitors currently sit at the bottom of the table following their defeat in the KwaZulu-Natal derby against Maritzburg United last week.

The loss was their 10th of the season, with only Polokwane City boasting more defeats after 19 games played.

Usuthu come to Orlando Stadium searching for a way out of the relegation zone and will hope to break a four-match winless streak by stunning the Soweto Giants in their own backyard.

AmaZulu’s last visit to Orlando Stadium will not hold the happiest memories, following a 4-1 defeat suffered there in February last year.

The KZN outfit have, since their return to the top-flight, not beaten Orlando Pirates, who have won two of their last four league meetings, with an additional cup victory thrown in the mix.

The last time the Buccaneers fell on the wrong end of the result in this particular fixture dates back over six years, when the visiting Usuthu shocked them with a 1-0 victory in August 2013.

Bongi Ntuli: There is no denying that striker Bongi Ntuli has been the standout player for AmaZulu in what has been a forgettable season. Out of the club’s 11 league goals so far, the marksman has scored a remarkable 10, putting himself among the contenders for the Lesley Manyathela Golden Boot at the end of the campaign.

Kick-off for this encounter is scheduled for 18:00. Tickets are available at Computicket and Shoprite Checkers outlets, nationwide.