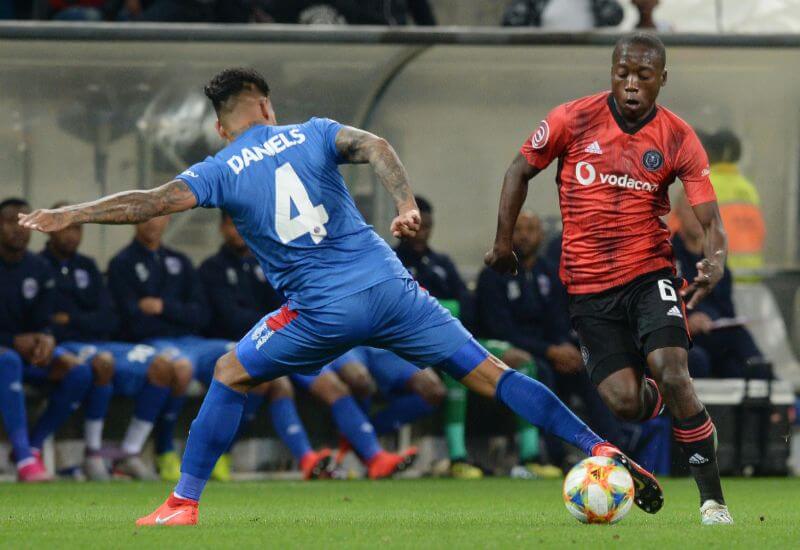 After licking their wounds following a defeat to Cape Town City last weekend, Orlando Pirates have to pick themselves up for a clash with an in-form Supersport United at Emirates Airline Park on Saturday.

The Buccaneers are still searching for a first win in the bubble, while their next opponents are coming off yet another maximum-points haul, a second successive one, having beaten Black Leopards on Tuesday.

That midweek win was Matsatsansa’s 13th in the current season, which propelled them up to third place in the standings, four points over the fifth-placed Buccaneers.

With the Soweto Giants now mathematically incapable of contesting the league title, Saturday’s fixture is an important clash in a fight for a Top 4 spot.

Supersport United were victorious in the reverse fixture, played in Mbombela a little over a year ago, winning 3-0 to hand Pirates their first defeat of the season.

The result was the latest in a period where the Tshwane giants have dominated the fixture, winning seven of the last 13 league matches played between the two sides, with the Buccaneers registering only a single victory.

In 19 matches played in the past decade, the Soweto Giants have clinched victory seven times, with Matsatsansa registering a total of eight wins during this period.

Bradley Grobler: The Bafana striker is currently experiencing one of his better seasons in the Absa Premiership, having already found the back of the net 13 times to challenge for the Lesley Manyathela Golden Boot. The stage is set for him for a direct shootout against one of the men leading the goal-scorers’ chart, Gabadinho Mhango in a fixture set to provide a few fireworks.

Kick-off for this encounter is scheduled for 13:30.