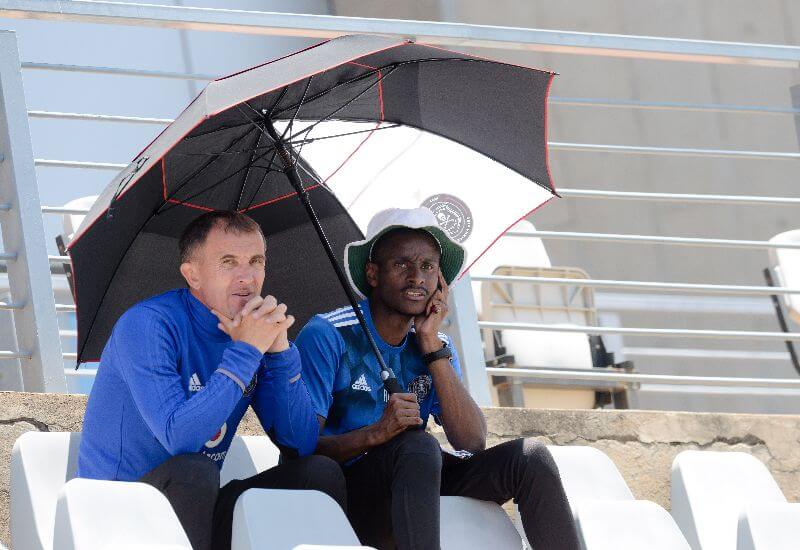 Orlando Pirates will be looking to maintain the pressure at the top of the league table when they host SuperSport United at the Orlando Stadium on Tuesday evening. The Buccaneers are currently in second place on the log table however, so tight is the league at present that even eight placed Bloemfontein Celtic remain only a win away from catching up to number one placed team Baroka FC who are on 19 points after twelve rounds played.

A win over Matsatsantsa on Tuesday would see Micho Sredojevic’s men secure a second consecutive victory – a feat they have yet to achieve so far this season. In fact, so inconsistent have the teams been this season that only 10 points separate first placed Baroka FC with last placed Bidvest Wits.

Meanwhile, United come into this encounter trying to play catch up following the conclusion of their CAF Confederations Cup campaign which saw them reach the final of the tournament. Eric Tinkler’s side are currently in 10th place albeit with six matches in hand over most of the teams in the league.

Apart from their loss to TP Mazembe in the Confederations Cup, United are undefeated in the league in five matches, with their last and only loss in the league so far coming at the hands of their Tshwane rivals Mamelodi Sundowns back in August.

Preparations in the Buccaneers ship have been smooth barring the odd bumps and bruises suffered by a few players in their 1-0 win over Bloemfontein Celtic. There’s also the question of Thabo Qalinge’s readiness who missed the sides’ 3-1 win over the Reserve Team in a friendly match last week. The enterprising attacker is set to undergo a late fitness test to determine his readiness for the match on Tuesday.

As for suspensions – there’s nothing to worry about in this department as all players are available for selection.

Barring the injuries to Teboho Mokoena and Cole Alexander, Tinkler has a full strength squad to pick from and there’s no suspensions to worry about either for the former Pirates coach. However - Dean Furman, Aubrey Modiba and Bradley Gobler are all one yellow card away from a suspension. The trio have each picked up three bookings so far this season.

In England they refer to it as a “Bogey Team” but here in Mzansi, the term attributed to a side that always does well against another team regardless of the circumstances is called a “Hoodoo Team”.

There was once a time when Pirates faced United, the Ghost would smile with glee as for they expected a favourable result for their beloved Orlando Pirates however, over the last few seasons, Matsatsantsa have fought their way back and have become somewhat of a hoodoo side for the Buccaneers.

Pirates have gone seven matches since their last victory over United. Of those previous seven encounters (4 league, 3 cup), SuperSport United have won five and drawn twice – netting 18 goals in the process.

However, it must be noted that it’s been more in the cup where Matsatsantsa have been dominant. It has been a lot close in the league. Of the previous league meetings; United have won five and Pirates five – with two matches ending in draws.

Sredojevic vs SuperSport: Milutin Sredojevic has faced Matsatsantsa only once during his 217 day maiden spell at the club back in 2006 (25 October to be exact). In that match, Pirates lost 1-0 to United with Katlego Mashego scoring the only goal of the match.

Tinkler vs Pirates: It must be noted that Orlando Pirates was the first club to take a chance on Eric Tinkler and make him head coach. Since then, the 47-year old has gone on to coach Cape Town City and more recently SuperSport United. During his time at the Cape Town based outfit, Tinkler faced Pirates twice and both matches ended in draws.