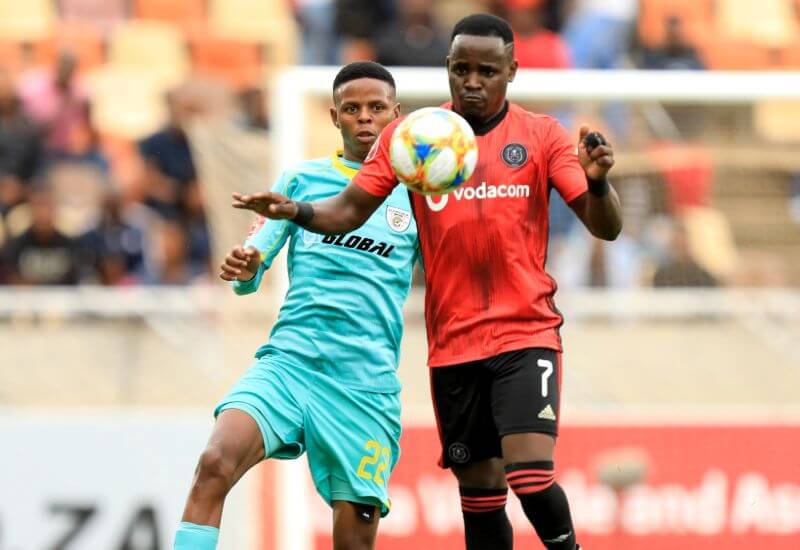 Orlando Pirates return to Emirates Airline Park this evening where they look to bounce back from their post lockdown lull when they play host to Baroka FC.

The Buccaneers are in third place in the league standings after managing a disappointing two points in as many matches since the Absa Premiership restart.

This is after what has been a frustrating spell, where they have not managed to find the back of the net in their last four league games, collecting only a single point in three consecutive fixtures in the process.

Their pursuit for maximum points will not be made easy by the fact that their opponents are currently facing a relegation battle, having found themselves dangerously close to the drop zone.

Like the Soweto Giants, Bakgakga also played out to a goalless draw in their last outing, a result which saw them remain in 13th place, just three points away from automatic relegation.

To clinch victory on Tuesday, Pirates will have to do better than their last encounter against Baroka, where they conceded late and had to settle for a share of the spoils.

Despite the Limpopo outfit’s relatively recent introduction to the topflight, the two sides have had more than their fair share of stalemates, with no less than five of their fixtures ending without a winner being decided.

In seven league matches played, the Buccaneers have won two twice, with the rest of the games ending in stalemates.

Evidence Makgopa: Baroka look to have stumbled upon a gem in young striker Evidence Makgopa, who has only played a handful of games since being promoted to the first team.

The 20-year-old announced himself against Limpopo rivals Black Leopards prior to the break by bagging a brace and will look to shine against one of the country’s top clubs.