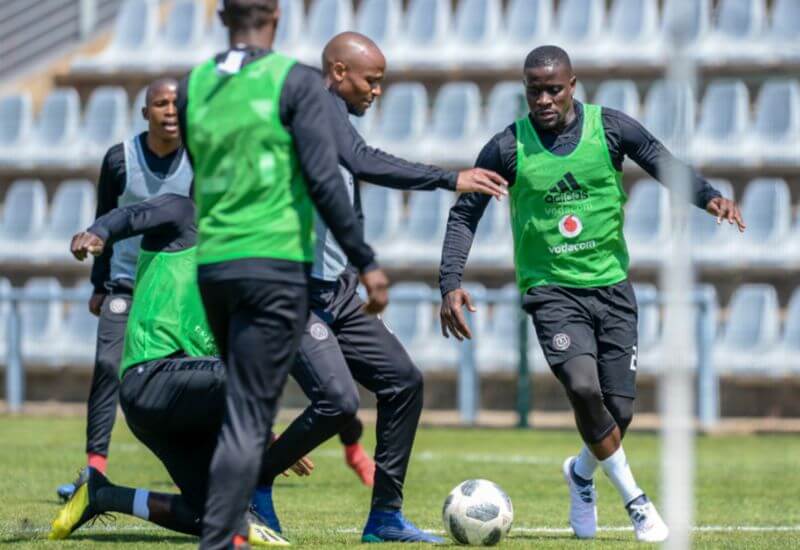 Orlando Pirates will be looking to make it two wins out of two when they play host to Cape Town City at the Orlando Stadium this evening.

The Mighty Buccaneers come into this game on the back of an impressive 3-1 win over SuperSport United over the weekend.

With this victory, Pirates also ended their winless run against Matsatsantsawhich had stretched as far back as 2015.

This evening, Pirateshost a City side that looks to take over from United and assume that ‘hoodoo’ tag. Benni McCarthy’s men are currently on a two-match winning run against Pirates.

The positive news however for the Ghost is that Pirates have not yet lost a match to City in Johannesburg. So far, the record reads as two draws and one win in favour of the Soweto Giants.

However, Pirates will need to be mindful of the potential danger that City possess especially following their crushing 4-1 defeat at the hands of Kaizer Chiefs recently.

There’s a phrase that speaks to the danger provided by a wounded animal that is backed into a corner. With everything against it, and with nothing to lose, the result of facing such a proposition could be trickier than expected. This is the position that City find themselves in, wounded and in a corner, ahead of this encounter.

Head Coach MichoSredojevic, knows this all too well and heeded caution when speaking to Orlandopiratesfc.com ahead of tonight’s clash.

“Look, it’s clear to see from the looks of the current league standings that there are no easy games,” said Sredojevic. “The game against Cape Town City this evening won’t be easy. This is a tough team, with many quality players at their disposal.

“We don’t want to read too much into their result against Chiefs because no two matches are the same. We are more interested in ourselves and how to build from the positive result against SuperSport United over the past weekend.”

City come into this encounter on the back of a 4-1 defeat at the hands of Chiefs. This was City’s second worst defeat since their inception back in 2016.

Coming into this clash against Pirates, the Cape based outfit will look to bounce back as soon as possible and avoid back-to-back defeats at the hand of two Soweto Giants but they will have to do this without one of their top players, defender Taariq Fielies, who is serving his suspension after being shown a red card in the loss to Amakhosi.

But with the absence of Fielies, City welcome back midfielder Thabo Nodada who has been declared fit to return to action.

Previous matches against City have seen Pirates dominate proceedings but failure to convert goal scoring opportunities saw them punished, with City winning 1-0 on both occasions.

The Bucs attack force will need to be more clinical in front of goal if they are to end City’s two-match winning run, while at the same time the defence will need to be wary of the likes of Ayanda Patosi, Craig Martin and Matthew Rusike who can cause problems for any side in the league if allowed too much space.

Tickets for this encounter are still available from Computicket and Shoprite Checkers outlets nationwide. R40 for general stand tickets and R20 for juveniles