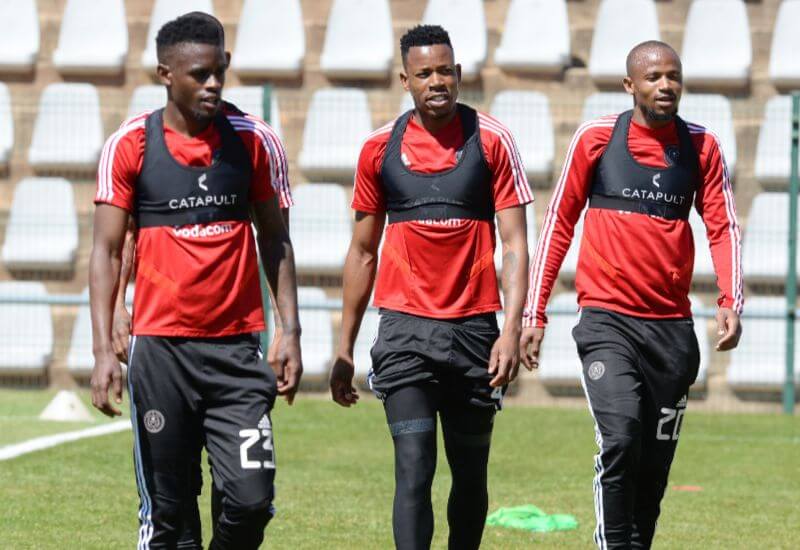 The international break is done and dusted, which means it's back to league action for Orlando Pirates. The Buccaneers return to Orlando Stadium, where they welcome Chippa United on Saturday afternoon at 15:00.

The time off will have refreshed Rhulani Mokwena's men, who resume their bid to climb up from the bottom half of the table, where they are situated following a tough start to the season.

Pirates are in unfamiliar territory in 10th place, after just one win in their four league matches, and come up against a side three spots below them in the table.

The Chilli Boys are still yet to taste victory, with three draws and a defeat in their four matches played so far.

The men from Port Elizabeth promise to provide a tricky task for the Buccaneers as they seek to get going, and the battle in Soweto could deliver the usual fireworks often seen in clashes between these two sides.

The rivalry between the Buccaneers and the Chilli Boys is a relatively new one, beginning when the visitors were first promoted to the top flight in 2013.

Since then, the two teams have met a total of 13 times, with nine of those encounters going the way of the Soweto Giants, while the Port Elizabeth outfit have only won three, with one ending in a draw.

Pirates have put four goals past Chippa on three occassions, even doing so in their last visit to Orlando Stadium, where the hosts ran off 4-2 winners.

Chippa have, in their ranks, the experience of Andile Mbenyane, who is a constant threat at goal and will be keen to get off the mark in the early stages of the season.

The 31-year-old has been in the league for over a decade, with over 100 appearances under his belt.

Kick-off for this encounter is scheduled for 15h00 at Orlando Stadium. Tickets are available at Computicket and Shoprite Checkers, nationwide.