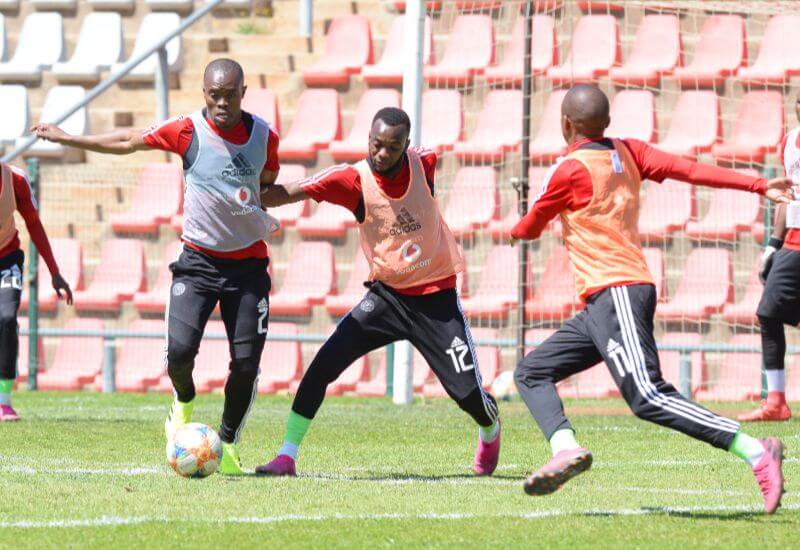 Another tough league fixture lies in wait for Orlando Pirates, who are at home to Cape Town City on Saturday afternoon.

The Buccaneers are eyeing a return to winning ways after going down to Bidvest Wits in their last outing, despite finding the back of the net three times.

Now sitting rather low on the table in 10th place, they come up against a side directly below them at 11th, with one less victory after both teams have played six matches apiece.

City are in the middle of a five-match winless streak, with their only victory so far this season coming against newly-promoted Stellenbosch FC back in August.

However, the Buccaneers will be wary of what their opponents are capable of, especially since the men from the Mother City proved to be one of the main disruptors in their title charge last season, holding them to two 2-2 draws, the second coming at a very crucial stage of the campaign.

The team may have conceded four goals in its last outing against Bidvest Wits however, the silver lining for Mokwena and his assistant Fadlu Davids will be the teams’ performance in front of goal recently. The Buccaneers have recorded five goals in their last two matches - it took the club seven games to reach the first five goals of the season.

Despite the visitors being relatively new to the top-flight, Orlando Pirates and Cape Town City has delivered some fierce and tightly contested battles over the years.

So far, no side has had the overall ascendancy in their previous twelve league matches played. Pirates and City both have registered three wins apiece, while the remaining six games have ended in stalemates.
A total of 29 goals have been scored to date with Pirates netting 15 and City 14 times. Interestingly, only one game in the five years of this clash has ever ended in a goalless stalemate and that was back in 2016.

Attacking midfielder, Thabo Nodada spent much of last season on the sidelines after suffering a devastating injury but he is back displaying the form which saw him earn a Bafana call-up late last year.

Another Cape Town City player likely to cause trouble is an ex-Buccaneer Kermit Erasmus, who has started the season in amongst the early pacesetters for the Lesley Manyathela Golden Boot, with three goals to his name scored so far.

Kick-off for this encounter is scheduled for 15:00. Tickets are available at Computicket and Shoprite Checkers, nationwide.