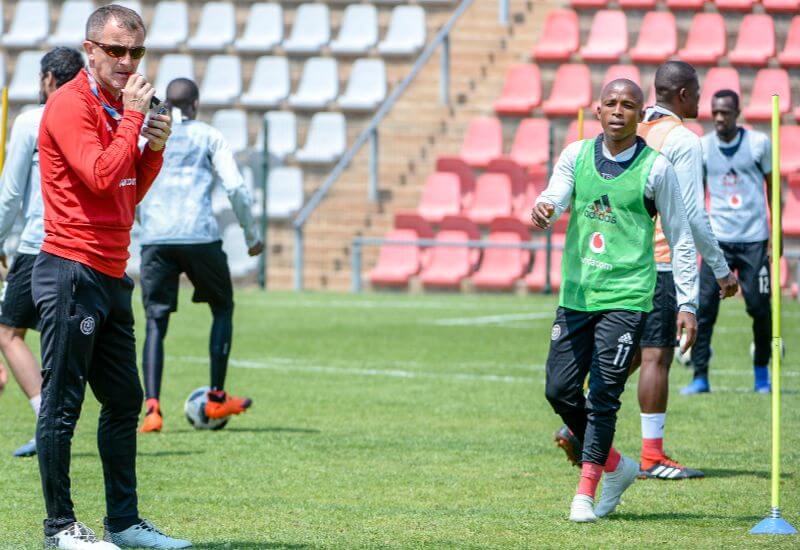 The Absa Premiership resumes tonight but more importantly, for the Bucs faithful Wednesday evening will see Orlando Pirates play host to Golden Arrows at the Orlando Stadium, where they will look to continue their unbeaten run of four matches.

Last month has been good to the Club as they went on to collect seven out of a potential nine points on offer. This month presents yet another nine points to play for with matches against Golden Arrows, Amazulu and Kaizer Chiefs on the table.

Another seven or more points for Micho Sredojevic and his charges this month, will go a long way in consolidating their current position. The Buccaneers are currently in first place on 14 points, albeit second placed Bidvest Wits have a game in hand and only trail by a single point.

Golden Arrows have had a slow start to their league campaign so far this season with the KZN-based outfit only able to muster one victory in their opening seven matches.

In terms of form, Abafana Bes’thende are currently on a six-game win-less run in the league. They have only been able to collect three points out of a potential 18 – scoring only four goals and conceding six in the process.

However, don’t read too much into those numbers because Arrows tend to bring out their best performances whenever they play against Pirates.

Traditionally, matches between these two sides are always exciting because goals are usually guaranteed. Only two matches have ended in a goalless draw in the last 10 years.

Of the last 16 league matches played against each other, a total of 40 goals have been scored which is an average of 2.5 goals per match. Of those 16 matches, the Buccaneers have won the majority – winning 12 against Arrows’ two.