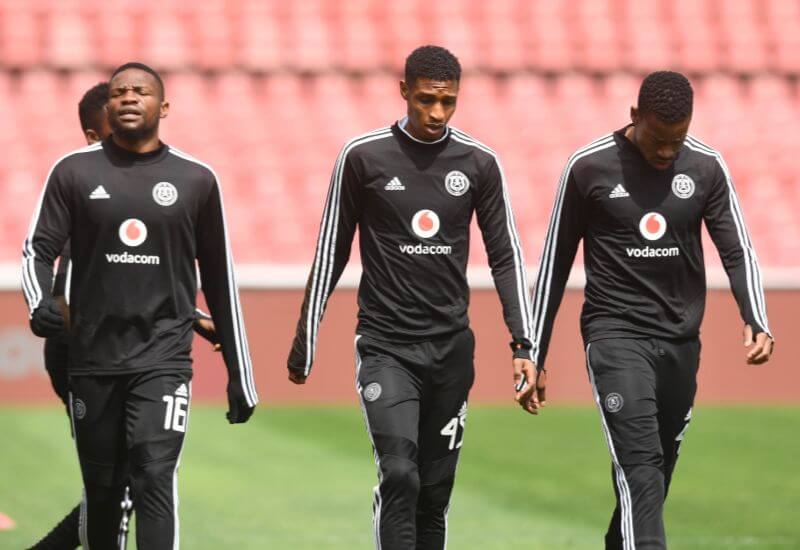 Orlando Pirates have it all to play for in the final round of fixtures in the 2019/20 season, as they prepare to take on Stellenbosch at Emirates Airline Park on Saturday.

Now in fourth place on the Absa Premiership standings after two wins on the bounce, making it three could propel them as high as third, depending on the other results on the day.

Finishing in the top three will see the Sea Robbers return to continental competition for the third consecutive season.

They will face some resistance though, from their opponents who are looking for a milestone finish on their own in what is their first season in the top flight.

The midweek results saw Stellenbosch drop out of the coveted top eight after a stalemate against AmaZulu.

Victory over the Buccaneers has the potential to get them back to the top half of the table, giving them a shot at an extra piece of silverware next season.

History between these two sides is short, yet significant, thanks to a shock result in their first ever league meeting.

In what was one of the ongoing campaign’s biggest upsets, Stellenbosch stunned Pirates at Cape Town Stadium, with Iqraam Rayners first-half strike proving to be the difference between the two sides.

The Buccaneers however got their revenge in the League Cup at Orlando Stadium, thanks to a late goal from Thembinkosi Lorch.

The Soweto Giants will still be aiming to avoid falling on the wrong end of a league double at the hands of the club which has exceeded everyone’s expectations in their debut season.

Ashley du Preez: With pace and skill, 23-year-old Ashley du Preez has been a menace to the opposition’s defence since the league restart, and will look to be a thorn on Pirates’ skin on Saturday.

Leletu Skelem: One of the in-form strikers inside the bubble is Leletu Skelem who, with three goals and an assist, has contributed to all but one of the goals scored by Stellenbosch since the resumption of action. Having elevated himself to a first-team regular, the Cape outfit will look to him to once again bang in the goals.