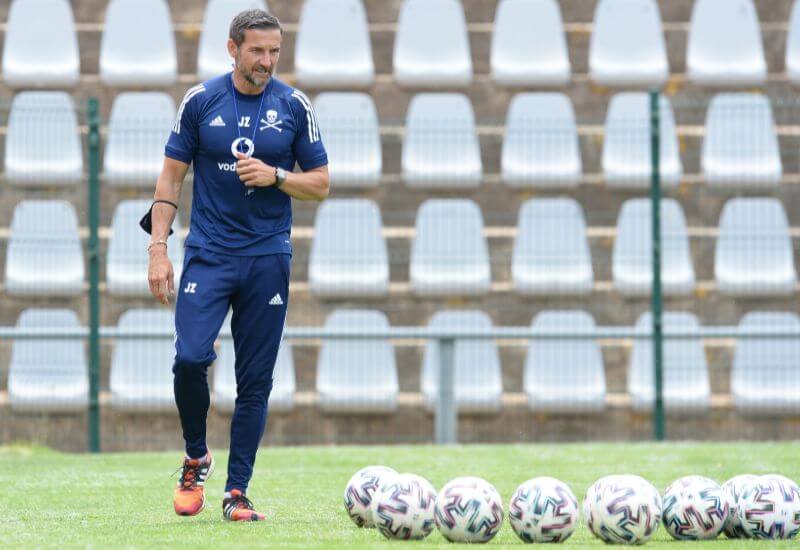 Orlando Pirates are back home for their second DStv Premiership clash of the season when they host Stellenbosch FC at Orlando Stadium tonight.

This clash comes just four days after a lackluster performance by the Buccaneers, where they were held to a draw by AmaZulu in Durban.

Like their opponents, the men from the Cape began their campaign with a one-all stalemate of their own against Soweto outfit Moroka Swallows.

Coached by the experienced Steve Barker, Stellenbosch will be determined to prove that their good showing in their debut season was no fluke.

The first-ever meeting between these two sides ended in disappointment for the Soweto Giants, who became Stellies' first big scalp in the top flight.

These sides have met a further two times across competitions, with Pirates getting revenge by winning both matches.

All three previous encounters have ended in an identical scoreline, with just one goal scored in each match.

Thembinkosi Lorch and Gabadinho Mhango are the two Pirates players who have scored against Stellenbosch.

Leletu Skelem: After raising his stock in the PSL bubble last season, the 22-year-old once again proved a handful in Stellenbosch's season opener on Sunday. Skelem has contributed to a goal in five of his last seven appearances, and will want to maintain that impressive record when he comes up against the Buccaneers.

Waseem Isaacs: If Skelem is the man to provide the goal scoring opportunities, here is the man most likely to be at the end of those chances. The burley striker packs a lot of power and aggression which can trouble any defence and with Iqraam Rayners now at SuperSport United, the burden to score goals will fall on his shoulders. The likes of Tyson Hlatshwayo and Ntsikelelo Nyauza will need to keep a close eye on him tonight.