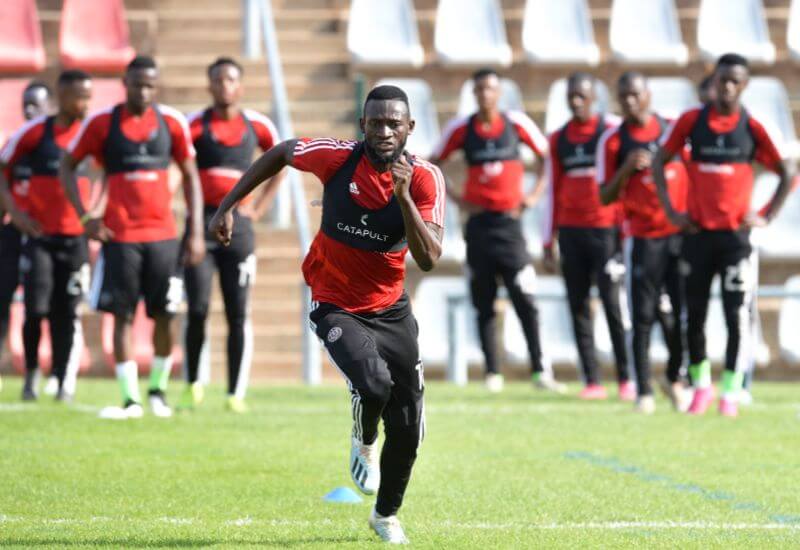 It's round two of the Orlando Pirates vs Stellenbosch FC showdown, with the two sides set to meet for the second time in the space of a week on Saturday.

They square off in an Absa Premiership encounter at Cape Town Stadium, seven days after the Buccaneers were victorious in their Telkom Knockout first-round clash at Orlando Stadium.

A late Thembinkosi Lorch goal was the difference between the two sides on the day, with the Soweto Giants booking a spot in the Cup quarterfinal.

This time around, three points are on the line, as Pirates seek to remove themselves from the unfamiliar territory of midtable.

The Buccaneers are in search of only a third victory after seven league games this season, a return which sees them occupy the rather low position of eighth place in the standings.

They come up against a side much lower on the table in what is their maiden campaign in the topflight.

The defeat at Orlando Stadium brought the Premiership newcomers back to Earth after they had registered their first ever win in the top tier of South African football.

They will be hoping that home ground advantage plays in their favour on this occasion, as they launch their own bid to climb up in the log, where they sit in a dangerous 14th place.

The Buccaneers are winless in the Mother City in their previous four meetings but will be looking to draw strength from their result against Stellies in the Telkom Knockout Cup for the first time since defeating Ajax Cape Town 2-1 in 2016.

Rhulani Mokwena and his charges come into this encounter desperate to make sure they don’t fall further behind the leading pack.

Pirates only have nine points on the board after seven matches. While a victory will see the Buccaneers close the gap with log leaders Chiefs to seven points, defeat would mean that the Class of 2019 equal the second worst start to the league in the last 10 years.

Waseem Isaacs:  Isaacs was missing from the starting line-up when Stellenbosch lost to Pirates but could be back to bolster his side in the Mother City.

The striker has been in red-hot form in recent weeks and should he feature over the weekend, he could give the visitors’ defence a lot to worry about on Saturday afternoon.

The burly striker has netted four goals in only seven matches played this season.

Nkanyiso Zungu: Zungu is the man who pulls the strings in the middle of the park for Stellies. The 23-year old is a constant feature in Steve Barker’s line up and is key in both his sides’ attack and defensive duties.