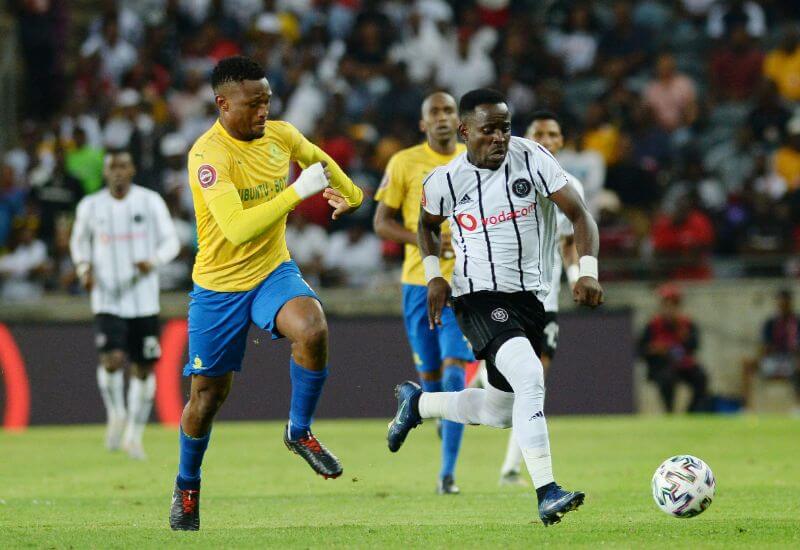 Football is back, and fixtures hardly come bigger than Tuesday night’s mammoth clash between Mamelodi Sundowns and Orlando Pirates at Dobsonville Stadium.

The two titans of South African football were due to clash on the day the league was postponed due to COVID-19 pandemic, with the match set to take place at Loftus Versfeld.

It’s since been moved to Soweto, where the reigning league champions will reside for the remainder of the season.

The league resumes with Sundowns within touching distance from top spot, while the Buccaneers are not too far, as only four points separate the two sides stationed at second and fourth place in the standings, respectively.

Unlike the Tshwane Giants, who have already had a run out on the field in the Nedbank Cup over the weekend, Josef Zinnbauer’s men will be hoping to have dusted off the rust in training ahead of what is their first fixture back.

With the German at the helm, Pirates have been one of the form teams in the league, but had a tough period before the hiatus, where they claimed just a single point in their last two matches without finding the net.

The Buccaneers have an opportunity to complete a rare league double over their rivals, following the slim victory at Orlando Stadium earlier in the year.

Prior to that encounter, the two sides registered two consecutive goalless draws.

Testament to how close the fixture has been in recent years is the 2017/18 season, where Pirates lost 3-1 at home to Sundowns, before returning the favour at Loftus.

Themba Zwane: Sundowns will be without the suspended Gaston Sirino, but their attacking prowess will not be severely affected, as they still have the talented Themba Zwane in their camp.

The Bafana star was hauled off in the second half of their cup fixture over the weekend, to keep him fresh for the Bucs on Tuesday. He will be looking to add to his nine league goals and eight assists, which have seen him emerge among the standout players this season.