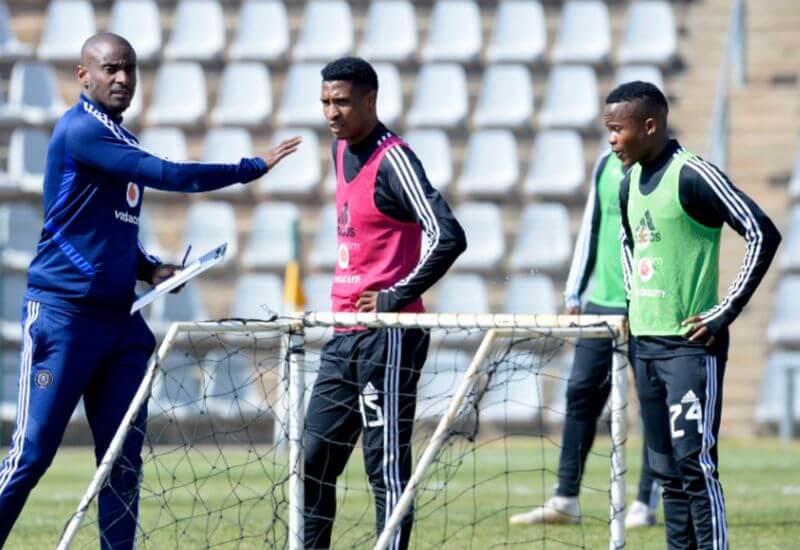 Following the surprise defeat to Green Eagles in the CAF Champions League this past weekend, Orlando Pirates will look to bounce back to winning ways when they are hosted by SuperSport United on Wednesday evening.

The Buccaneers currently occupy seventh place having won their opening league match 3-1 against Bloemfontein Celtic. As for Matsatsantsa, they sit in 15th following their loss against their Tshwane rivals Mamelodi Sundowns.

While Micho Sredojevic and his charges eye a victory to keep the early pacesetters within their grasp, the Buccaneers brains trust will be well aware of the challenge ahead of them. Despite somewhat halting the dominance that United has had over the last couple of years by defeating Matsatsantsa 3-1 last season, Sredojevic and Co. have one puzzle they need to find a solution to: the hoodoo of Mbombela Stadium.

This is one venue that has been no happy hunting ground for the Club in recent years – something that will please the hosts, who are desperate to put up their first points of the season.

Even with finishing second in the league over the past two consecutive seasons, Mbombela has been miserly towards the Buccaneers when it comes to offering points.

Pirates haven’t won away to United in five years, with their last victory courtesy of an injury time winner by Sifiso Myeni in 2014. In that game, Matsatsantsa went ahead in the first half through a Thuso Phala strike, but then a second half rally by the visitors saw them respond with goals from Issa Sarr and Myeni.

Prior to that, Pirates’ other victory away to United was back in 2012 – again, a 2-1 win and ironically, it was another last-minute strike that secured victory, this time from Captain Fantastic Lucky Lekgwathi. The Buccaneers would go on to win the league in that season.

The last encounter saw United edge out the Buccaneers by a solitary goal courtesy from defender Clayton Daniels. In that same match, Pirates missed a penalty late in the second half.

Historically, these two teams have met on 43 occasions in both league and cup competitions. United lead with 19 victories against the Buccaneers 15. Matsatsantsa have scored 55 goals in the process while Pirates have registered 49 goals.

Barring a miraculous recovery, SuperSport United will be without the services of their instrumental midfielder Aubrey Modiba, who is said to be nursing a hamstring injury that he suffered in the opening league match of the season against Sundowns.

When it comes to listing key players in most previews, it’s usually the attacking players who dominate the headlines, but for this upcoming encounter it’s the man between the sticks for United who deserves a mention.

In the MTN8 last year, Williams denied Augustine Mulenga a last-minute winner when he saved the Zambian hitman’s penalty. Williams went on to be the hero in the penalty shootout as United emerged victorious. He was at it again in the last match involving these two sides when he denied captain Happy Jele from the spot. United went on to win that match as well by a solitary goal.

Another key player for United coming into this match will be captain and Bafana Bafana regular Dean Furman. The hard-running midfielder is a vital cog in the SuperSport United machinery. Often when Furman plays well his side does too. Last season United lost more matches when he wasn’t on the pitch, further illustrating the 31-year old’s importance in the Matsatsantsa setup.