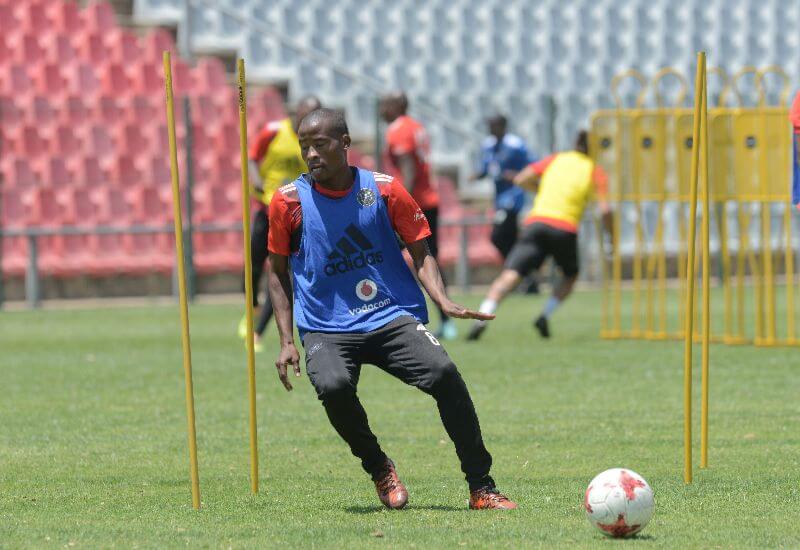 Captain Thabo Matlaba has expressed his desire to end the year on a high when Orlando Pirates face Free State Stars in an Absa Premiership encounter this evening.

Matlaba, who will be leading his teammates against his former employers for the first time as a captain, says that all personal emotions will be set aside for at least 90 minutes, as the Mighty Buccaneers eye a victory.

Orlandopiratesfc.com had a chat with the hard running wing back before their three hour bus ride to the Free State province. Here is how the interview went:

On leading team against former employers

“We are heading to a place where I called home for a long time before coming here. Ea lla Koto gave me my starting opportunity in the Premier Soccer League and for that reason they will always hold a special place in my heart but as you know, I am a Pirates man now through and through and for that reason I will be aiming to make my contribution to help us win on Saturday.

“Obviously, there will be some emotions at play on the day but like I said earlier, this is about Orlando Pirates and the three points on offer.

“As for leading the club as captain? Personally, I don’t think it will be any different as the other times I have come to the Free State because we still need to play for the win. Fortunately for me, there are a number of senior players in the squad who are always ready to assist with leading the team. We know it won’t be easy but we are ready.”

On what to expect when playing Stars

“This is not going to be an easy match that’s for sure. What makes them (Free State Stars) special is the fact that they don’t ever give away points cheaply. They are an extremely difficult team to play against especially at home.

“Stars have always been good at the counter attack game and they do this throughout the match without getting tired. I think they are one of the fittest teams in the League. When they get to the 60th or 70th minute its like they get a new burst of energy, fitness is part of their culture.

“We can’t allow them to score first because if that happens it becomes even more difficult to break them down because they know how to absorb pressure from the attacking side and just look for the right moments where they can punish you with a counter attack.”

Message to the Ghost

“To the Ghost, we just want to thank you for your support. We know it won’t be easy but we want to give a great Christmas send-off by winning and collecting all three points against Free State Stars.”