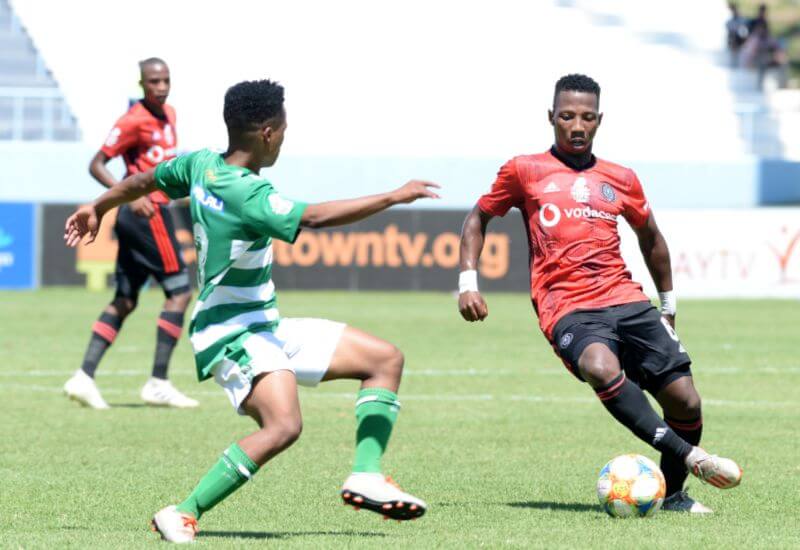 Orlando Pirates Reserves climbed on top of the Multichoice Diski Challenge (MDC) table, thanks to a 3-0 victory over defending champions Bloemfontein Celtic at Sisa Dukashe Stadium in Mdantsane on Saturday.

The MDC Bucs went into the encounter in third place on the standings, just a point behind Bidvest Wits and Mamelodi Sundowns, who are tied at 58 points, while occupying first and second place, respectively.

Under clear skies at the Eastern Cape’s biggest township, it only took the Soweto Giants 16 minutes to open the scoring, with Simo Bophela continuing his hot streak in front of goal.

The in-form player showed great composure amid attention from the Celtic defence, as he twisted and turned before unleashing a bullet shot which would have taken some stopping on its way to the net.

Despite dominating the first half, Pirates took a slim lead to half-time once more.

As has been the case on a few occasions throughout the season, the second 45 minutes is where the bulk of the scoring lies.

This time it was the other Bophela brother, Simiso, who was in the thick of things as the young Buccaneers doubled the lead, as he set up Lehlohonolo Sepeng for his sixth of the season.

With victory almost sealed, second-half sub Tshepo Kakora made it 3-0 with eight minutes remaining on the clock as he fired in from a tight angle to put the result beyond doubt.

It was another three-point haul for the MDC Bucs, the third in as many fixtures as they continued to keep their title charge alive.