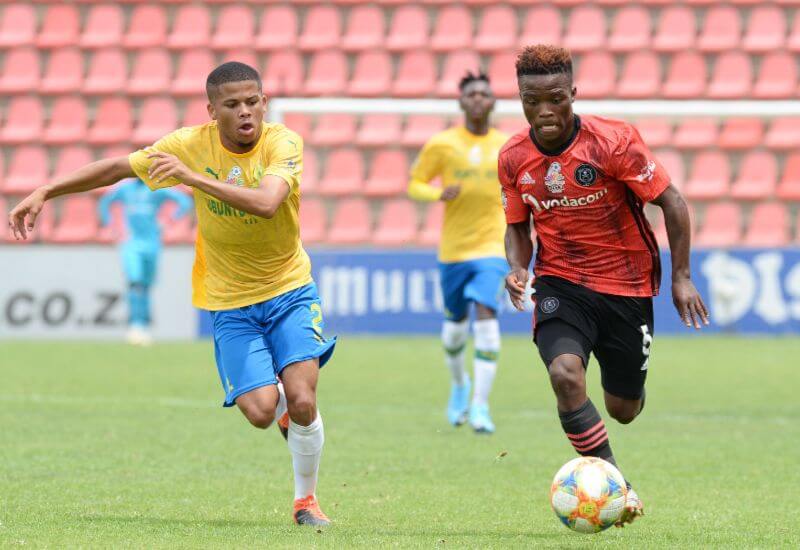 The Buccaneers went into their first fixture of the year ranked as underdogs, as they went up against a rampant side that had worked its way up to a healthy lead at the top of the standings.

It was through a freak goal from Mazibuko that the hosts found the lead, after what looked to be a cross made its way into the back of the net.

Keeping the MDC Bucs in the lead was goalkeeper Kopano Thuntsane, who came off his line a few times to deny the Brazilians from drawing level.

The hosts made a few surges of their own into the opposition half, but without the necessary impact they needed to double the lead.

The two sides went into the tunnel with Pirates enjoying a slim lead over the current log leaders.

Thuntsane’s heroics were not only confined to the first half, as he proved decisive once more when Sundowns were given a penalty early into the second 45.

The shot-stopper looked to be beaten by Allen’s spot-kick, but had the presence of mind to stick out a leg which affected the save that kept his side in the lead.

Having gotten a respite, it was up to the Pirates defence to maintain their lead, but their attack was not keen on leaving things be as they made a few more voyages into the Sundowns half.

Eventually, the MDC Bucs would emerge victorious with a 1-0 win over the form team in the competition.