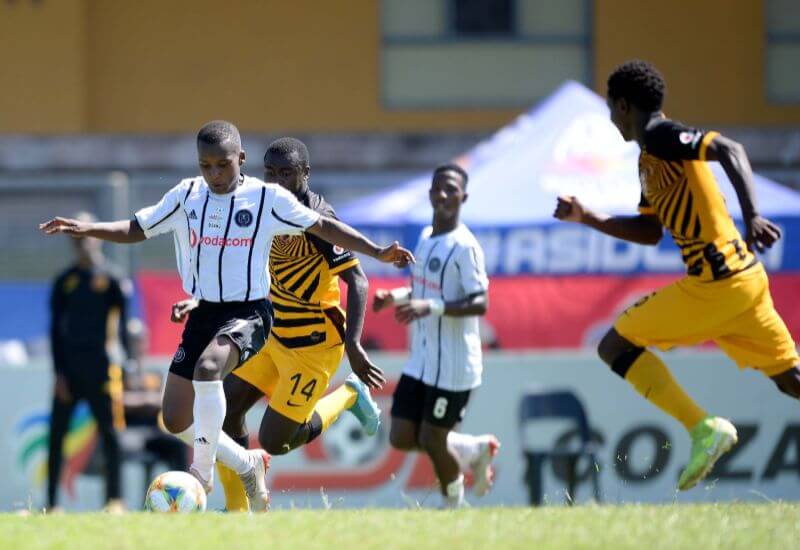 The Soweto Derby was the show-stopper in a weekend of rivalries, and the Buccaneers were looking to overcome their neighbours once more, having done so earlier in the season.

The Glamour Boys threatened early on, with a couple of chances falling their way, but the closest thing to a goal in the first ten minutes of the game, fell the way of Simo Bophela, whose shot from close range was deflected wide.

From the resulting corner, Sifiso Luthuli managed to leap higher than anyone else in the box, but could not guide his attempt on target as the opportunity went a-begging.

The earlier chance proved to be a warning for Chiefs, who found themselves having to deal with Simo Bophela once more in the 13th minute, and the youngster had no problem sending the Buccaneers ahead as he toed one past the keeper to make it 1-0.

The Derby remained as intense as it always is at any level, with both sides making surges forward.

There could have been another Bophela on the scoresheet in the dying moments of the first half, with the goal-scorer’s twin brother, Simiso getting the final touch after a brilliant break, but his curling effort went just wide.

Chiefs burst off the blocks early in the second half, and finally breached Thuntsane’s defences only for the ball to be cleared off the line.

They would rue their missed opportunity almost immediately as defender Katlego Ramonyai made it 2-0 to the MDC Bucs after heading in from a corner in the 52nd minute.

The two-goal cushion proved more than sufficient for Pirates, who controlled the rest of the contest, while Thuntsane continued to snuff out any chance of a Chiefs comeback from the other end.

The victory keeps the MDC Bucs in the hunt for the title, placing them six points behind the log leaders Mamelodi Sundowns.

Bucs Downed in Durban
Soweto Derby ends in a draw