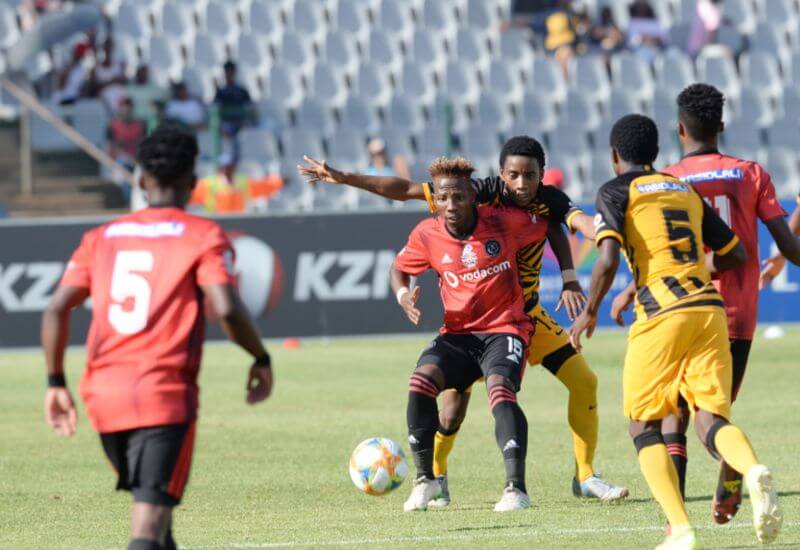 Orlando Pirates Reserves snatched a victory towards the end of their Soweto Derby against Kaizer Chiefs in Dobsonville on Saturday afternoon.

The two rivals had a lot to live up to after the preceding derby between Mamelodi Sundowns and Supersport United yielded an astonishing nine goals.

It would only take a solitary strike from Pirates skipper Simiso Bophela near the end of the game for it to produce a result.

The Buccaneers were starved of possession earlier on, not getting close to the opposition goal in the first ten minutes.

Kopana Thuntsane was the first goalkeeper to be tested, but the effort sailed too far wide to cause any trouble.

It took Pirates until the 38th minute to surge far enough inside the opposition half to trigger any concern, but Kagiso Madisha was thwarted in his effort to put his side ahead.

The two sides went into the tunnel goalless, after very little in the way of goalmouth action.

The second half carried on much in the same vein, with the young Buccaneers seeing more of the ball, but without much to get the decent support that had turned up out off their seats.

They would end up at the right end of a dramatic finish, as Bophela connected with a cross in the 86th minute go get them ahead.

Kaizer Chiefs had a chance at the other end, but there was no breaching Thuntsane's defences.

The sole goal would prove enough for the Buccaneers, who grabbed all three points to climb up to third in the Multichoice Diski Challenge table.