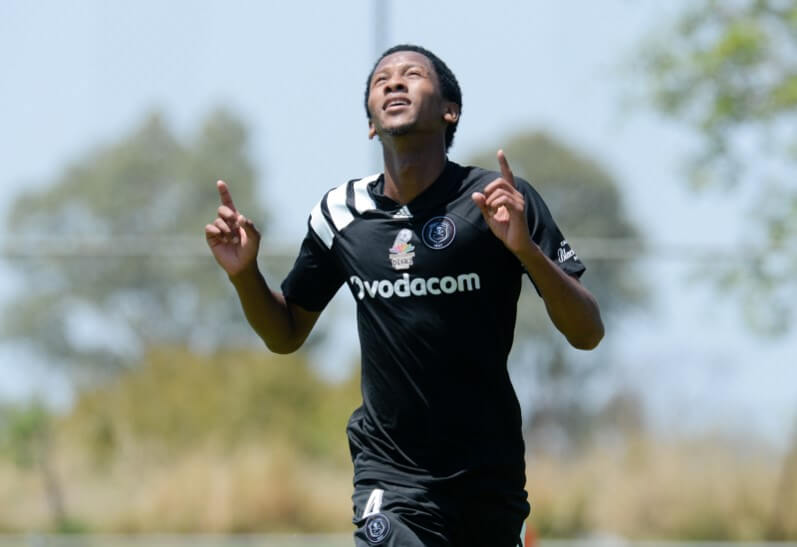 The Orlando Pirates Multichoice Diski Challenge have kept the pressure on at the top of the league following their 2-1 victory over Platinum Stars on Saturday.

Goals from Reanetse Ramatlapeng and Thobela Sikhakhane were enough to hand the visitors maximum points.

Despite hosts Dikwena dominating the opening minutes of the game it would be the young Buccaneers who would score first courtesy of a well guided header by Ramatlapeng in the 20thminute.

Pirates made it 2-0 three minutes into the second stanza after striker Sikhakhane intercepted a pass deep in Stars’ defence to capitalise on the home sides’ defensive frailties.

Stars would pull a goal back in the 58th minute but the Bucs defence would be able to hold off the barrage of attack to record their second victory on the trot.

Meanwhile, the Orlando Pirates SAB team registered their seventh consecutive victory in the league but it wasn’t all plane sailing as they had to come from behind not once but twice to beat feeder side Randburg 3-2 on Sunday.

Hosts Randburg looked to have finally found the medicine to halt the Pirates train in former Project X 2016 player, Wade Martin. The lanky utility man netted a brace for Randburg but his heroics would be dented by the relentless Buccaneers who responded with three goals of their own from Siphumelele Mbulu's excellent free kick and a brace from Grant Peters.

Next up for the SAB team is an away match against SabeloSuper Stars which will be played at the Nike Centre in Pimville, Soweto.