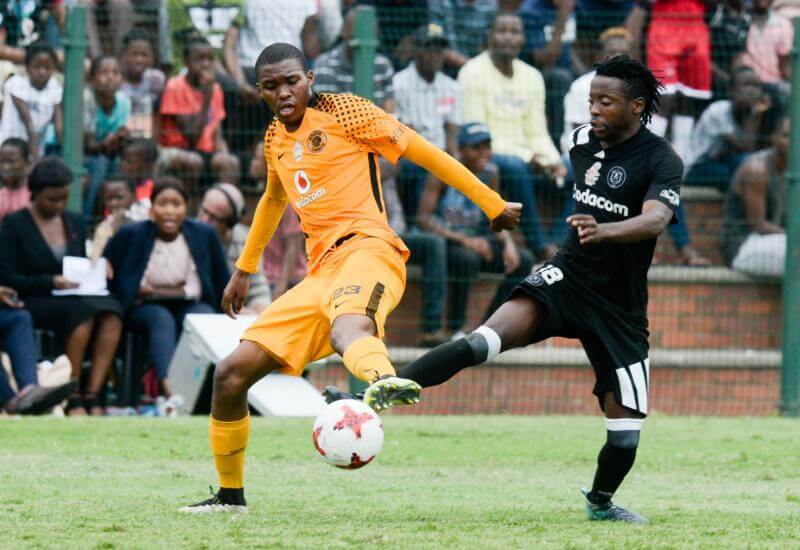 The Orlando Pirates MultichoiceDiski Challenge team have fallen behind the chasing pack following their 1-all draw against rivals Kaizer Chiefs on Sunday afternoon.

Fredie Hlalele’s second half opener was cancelled out by Amakhosi’s Reamohetswe Lekoatsa to hand both sides a share of the spoils.

Pirates had the ball in the back of the net as early as the 7th minute off the boot of striker Hlalele however, the 23-year old was adjudged to have been in an offside position.

The Buccaneers squandered a golden opportunity to go ahead in the game in the 23rd minute when a well played through ball by Saketso Moremi released ThabisoKutumela on goal. Unfortunately, the Bucs striker saw his shot strike the upright; with the keeper well beaten.

After a goalless opening half, the match came alive shortly after the restart as the Buccaneers struck first. Hlalele made a great run into the area; to lay off to Moremi whose initial shot fell back into the path of Hlalele who poked home from close range.

Amakhosi bounced back 22 minutes later when an enterprising one-two released Lekoatsa on goal to score the equaliser.

Pirates were reduced to ten men in the 82nd minute after defender LehlohonoloMtshali was given his marching orders after receiving his second yellow card of the match for a cynical foul.

Fortunately, the young Buccaneers would see off the match without conceding as the match ended in a 1-all draw.

Meanwhile, the SAB team failed to capitalise on the dropping of points by the chasing pack as they were held to a goalless draw at home against the University of Johannesburg.

The result sees Pirates remain unbeaten and maintain their stranglehold on the top spot with 29 points from eleven matches played.

Next up for the Buccaneers is an away match against Stars of Africa on Saturday, 18 November at Marks Park.