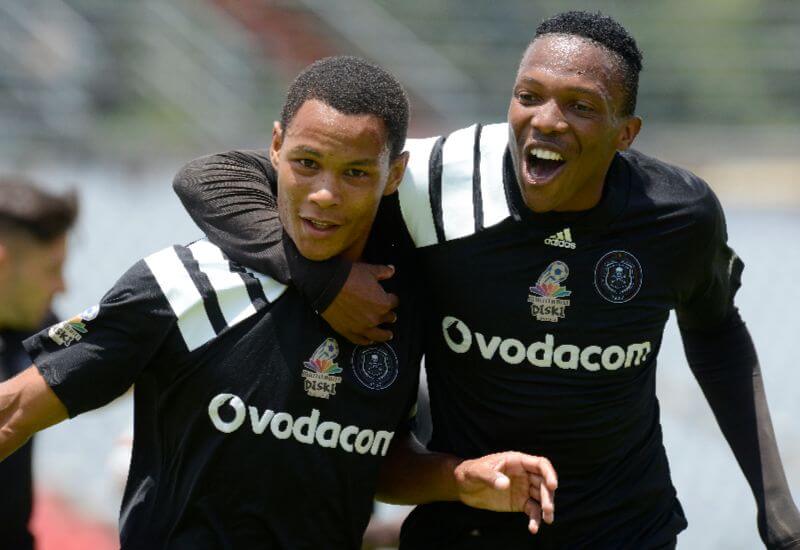 This weekend’s Multichoice Diski Challenge round of fixtures served a mixed bag of results, which ultimately saw the Buccaneers climbing up the table thanks to a Grant Peters brace in their 2-0 win over Polokwane City at Rand Stadium. The win for the Bucs puts them in close company with four other clubs with a shot of winning the title in the remaining two games.

A rough encounter – where Rise and Shine were lucky to be reduced to only 10 men – had the home side digging deep to live up to the promise of victory which would see them heap more pressure on log leaders Golden Arrows ahead of their next match against the Young Bucs. Arrows had succumbed to a draw with Ajax Cape Town in the weekend’s earlier fixture, cutting their margin over the Soweto outfit to just five points with two games to go.

The game started with aplomb as the Bucs went on the charge, forcing a goal kick after a few seconds of the game kicking off. Their intentions were clear and they would assert their pressure on the visitors, and in the 16th minute of the game they found the breakthrough. Siphumelele Mbulu won the ball in the centre of midfield and sprayed a long ball across field to release Thobela Sikhakhane. The winger did well to bring the ball down, beating his man in the process before playing a cut-back to Grant Peters on the edge of the box. Peters opened his body to create some room before curling a right footed effort beyond Kgaugelo Mohatli in the Polokwane City goal.

Things continued much in the same vein as Orlando Pirates continued to press for the second goal. City’s response was brute force as the Bucs were clattered from all angles, leaving the bench furious in their remonstrations. Polokwane City were eventually reduced to 10 men after failing to heed the calls of the officials to tone down their physicality.

Peters extended the Bucs lead deep into the second half as he got onto the end of a Lourenco through-ball, controlling it well inside the box, before smashing past the oncoming keeper to put the result beyond doubt.

With the MDC fixtures going into a two week break, the next game for the Buccaneers will be on 18 February when they travel down to the Sun Coast to take on Golden Arrows in a crucial match that may decide the winners of this season’s competition. A must win game for the Black & White.