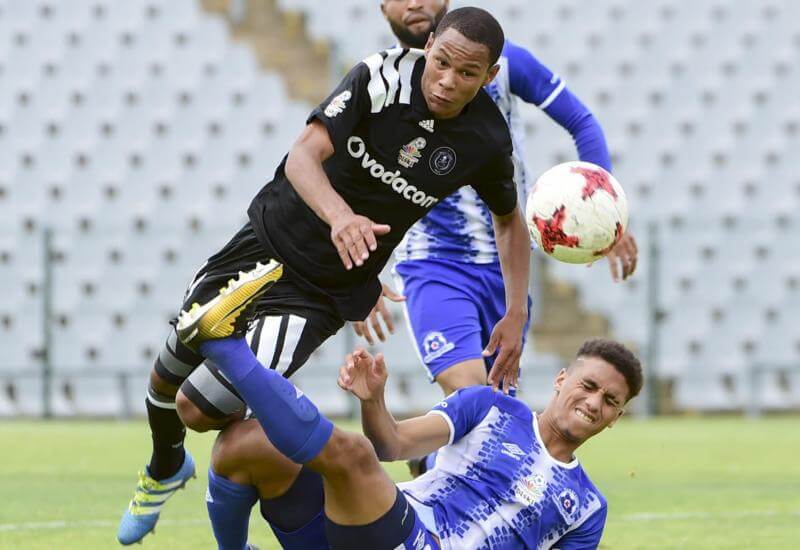 Orlando Pirates were put to the sword at the Rand Stadium as they lost 3-1 to Maritzburg United in a Multichoice Diski Challenge match played on Sunday afternoon.

The Buccaneers drop down the log table following wins from their closest rivals Kaizer Chiefs, SuperSport United and Bloemfontein Celtic.

Despite dominating most of the possession in the match, it was United who proved to be more economic with the ball as they created more goal scoring opportunities than the hosts.

It was no surprise when the People’s Team took the lead late in the 1st half from a set-piece after midfielder Yusuf Maart had been adjudged to have upended a United player outside the box. The ball was played into the far post and well headed beyond Tsebo Tsotetsi in the Bucs goal.

The teams went into the break with United leading 1-0.

The second half began with the hosts dominating possession once again and they almost found an equaliser in the opening five minutes however Fredie Hlalele’s attempt went narrowly wide of the target.

Maart’s combative approach led to a second set-piece opportunity on the edge of the box and it was brilliantly converted 20-meters out by United.

The third goal was scored shortly afterwards to make it 3-0 and all the home side can respond with was a consolation goal by Katlego Cwinyane.

SAB get back to winning ways

While it was all heartache for the Multichoice Diski Challenge squad, it was back to winning ways for the SAB squad as they defeated Bidboys 2-0 at a rainy Randburg Complex grounds on Saturday afternoon.

Philani Khubeka’s charges came into the match on the back of two uninspiring performances including a first defeat at the hands of Africa Sports Academy last week.

Goals on the day were scored by Valenrico Lottering and Zakhele Lepasa. With this win, Pirates maintain first place on the log table after thirteen matches played.

Next up for the SAB team is an away match to FC Meadowlands. The match will be played at the Nike Centre in Pimville, Soweto on December 3.