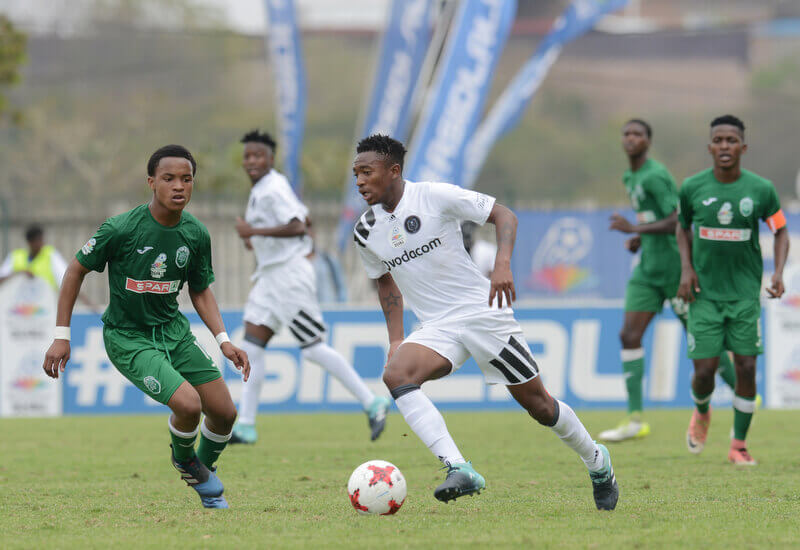 If the adage ‘you are only as good as your last performance’ is anything to go by, then the young Buccaneers can expect a truly testing encounter when they take on Bloemfontein Celtic at the Rand Stadium on Sunday.

The Multichoice Diski Challenge heads into Round Two this weekend and Orlando Pirates will need to be at their best if they intend on keeping their 100% winning start to the season against a Phunya Sele Sele side that showed in their opening match against Mamelodi Sundowns that they will not be pushovers.

Celtic – who finished second in last year’s instalment of the competition – thrashed the defending champions 3-0 in the opening round; while Orlando Pirates defeated Amazulu 2-1 courtesy of a brace from Thabiso Kutumela.

Unfortunately for the Buccaneers, they’ll be without the services of midfielder Yusuf Maart who suffered an ankle sprain in the win over Usuthu.

Kick off for this match is scheduled for 12:00.

Meanwhile, Orlando Pirates will be playing against perennial rivals Kaizer Chiefs in a SAB Castle League match on Saturday.

There are no friendly matches when these two sides meet and the same intensity and rivalry of the first team can be expected when the two sides lock horns at the Kaizer Chiefs Village in Naturena this weekend.

The Buccaneers have won their opening two matches and have netted an impressive seven goals in the process. Amakhosi on the other hand have registered one win and one loss; scoring four and conceding two.