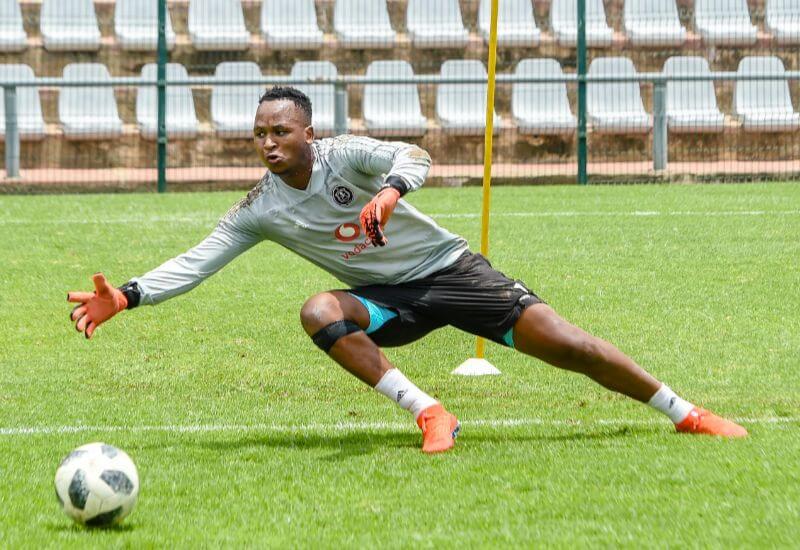 In a sad turn of events for a goalkeeper that lived for the game, Brilliant Khuzwayo is forced into early retirement by an injury that was corroborated by independent medical reports.

Brilliant Khuzwayo is living proof that ‘once a Pirate, always a Pirate’.

He first played for Orlando Pirates as part of development academy. His promise was as brilliant as his name. It was clear then that he was destined for a top flight career.

His return to play for the senior team was therefore not a coincidence. That is until he was plagued by a recurring injury that has ultimately cut his career short.

Instead of responding in bitterness, the disappointed yet strong-willed Brilliant Khuzwayo found acceptance of his situation in his faith.

Speaking on his injury, Khuzwayo said: “It was a great feeling to come back to the club, unfortunately due to my ankle, I was unable to fulfil my dream. I am a person who always wants to perform knowing I can give my all in everything I do however due to my ankle and after consultation with the specialists it was said that I wouldn’t be able to play at an elite level.”

“For this reason I can no longer continue the way I wanted to.”

“I would like to thank all the supporters who have been behind me from the day I joined this club. They were the main reason behind my motivation and drive to get better. They’ll always hold a special place in my heart. To management , especially the Chairman, thank you for all you have done for me.”