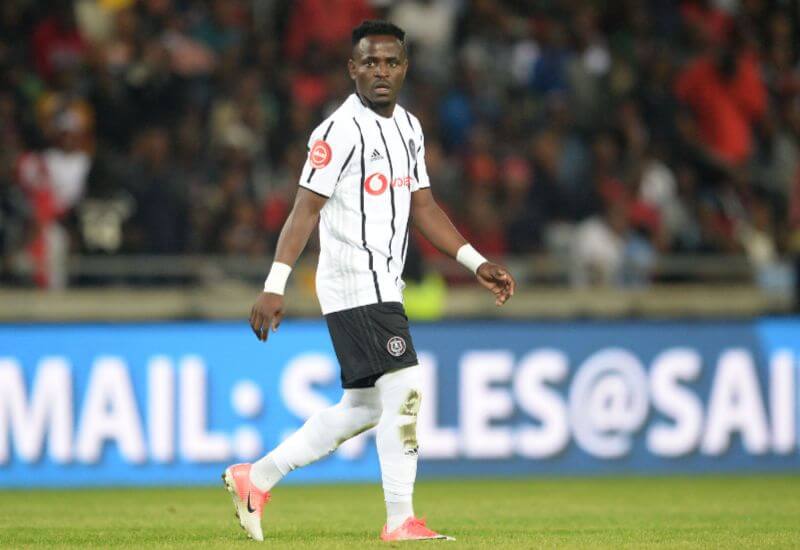 Gabadinho Mhango has described his debut in a Bucs shirt as a memorable one.

The 26-year old forward came off the bench to score and help Orlando Pirates defeat his former employers Bloemfontein Celtic 3-1 in an Absa Premiership opener this past weekend.

“Like I have said before, coming to a team like Orlando Pirates a player understands the weight of expectations that comes with donning that jersey,” said Mhango.

“The night was made even more special that it was played at Orlando Stadium – a place where a lot of history has been made; and most importantly we were able to get what we set out to achieve by collecting maximum points for our opening game of the season.”

“For me personally, it was a great feeling coming on and scoring in front of the home fans. It was an important game for us, and we needed to start things right. I’ve been looking forward to playing for a big team since I arrived in South Africa and to finally get the chance at Pirates is a big achievement and one that I am very proud of.”

Mhango, who joins a list of Malawian footballers including Joseph Kamwendo, Chikuepo Msowoyo and the legendary Ernest Mtawali – who donned the famous Black & White colours between 2000-2003 – says he is looking to make a name for himself at the club and keep the Malawian flag flying high.

“Wow, the legend Mtawali, what a player! I never watched him play but everyone in Malawi knows about him, he is a big name back home. I get the feeling that the people back home very excited about me joining this Club because there have been many messages of support, which is a wonderful feeling. Before the Carling Black Label Cup and ahead of the Celtic game, my phone was very busy!”

“I am in touch with the likes of Msowoyo and Kamwendo as well, and they tell me a bit about how things went for them here. But for me, it’s all about hearing their advice and also plotting my own path which will hopefully lead to great things and also make Malawians proud.”