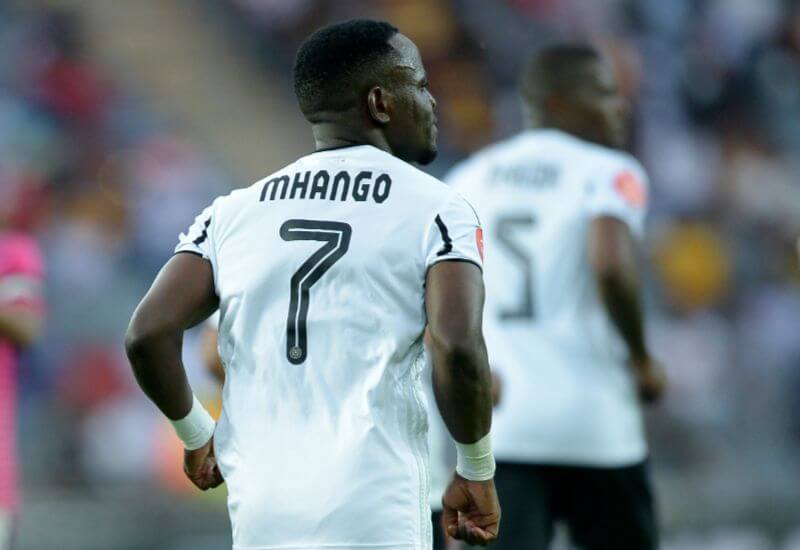 Gabadinho Mhango has enjoyed the best season of his career in his maiden campaign with Orlando Pirates.

The Malawian international joined the Buccaneers at the beginning of the 2019/20 season from Bidvest Wits. At the time, some critics expressed concerns over his record at The Clever Boys where he scored only eleven goals in three seasons. Mhango, however, is never one to listen to critics.

Instead of allowing the comments get to him, the 27-year-old chose to let his boots do the talking.

“When I joined the Club, I read some comments on social media about me,” said Mhango. “Some people were saying, why sign Mhango, we need a goal scorer not Mhango, and stuff like that. Obviously as players we try as much as possible to avoid reading negative comments but sometimes it’s impossible to ignore them.”

He added: “But I believe in myself and that is why I never allowed the negative voices to get into my head.”

Mhango would go on to secure the Lesely Manyathela Golden Boot (shared with Peter Shalulile of Highlands Park) after notching 16 goals in the Absa Premiership (17 in all competitions) this season.

“Before the season started my target was to score 15 goals. I always believed that I have the ability to score goals and I did just that, but credit must also go to my teammates. I am not alone out there on the field; I have quality players around me who made this all possible.”

Mhango, whose winning goal against Stellenbosch FC ensured that the Buccaneers qualify for its third consecutive continental competition, singled out which of his goals was his favourite.

“All goals are good goals but there are a few that even when you watch them again and again, they leave you saying “wow”. I would say my goal against Kaizer Chiefs was good. Oh, and the one against Polokwane City. It’s something that I have been working on at training. I even like to score similar goals when play FIFA on PlayStation. It’s where I cut onto my right foot and then curl a shot to the top corner.”

Meanwhile, the 2020/21 season is due to kick off in October, which means there will be little time to rest for Mhango and his teammates, but resting is not what Gaba intends to do.

“You can win a Top Goal Scorer award but at the end of the day, what matters most is what we achieve as a team. This Club is due a trophy and it’s up to all of us to make it happen. I truly believe that with the players that we have we can achieve whatever we set our minds on,” he concluded.