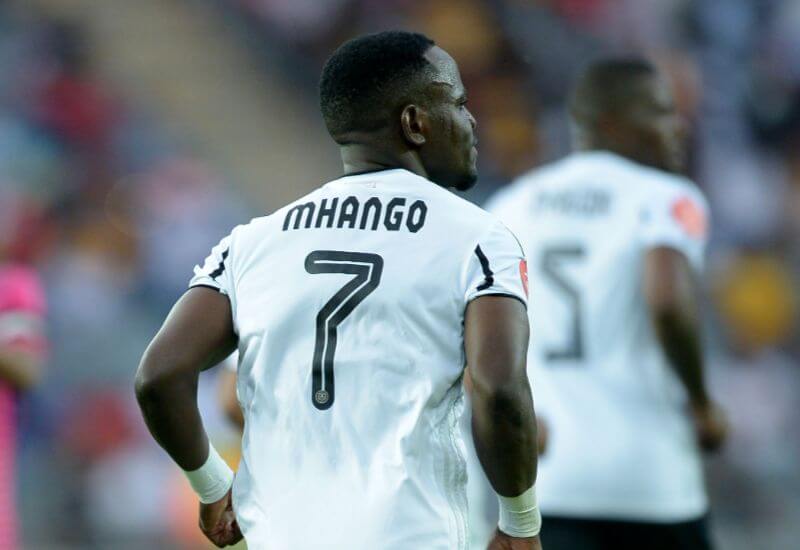 The accolade - named after the late Buccaneers legend - is handed to the league's top goal-scorer at the end of each season.

Having netted 16 times in the past campaign, the Malawian international shared the prize with Peter Shalulile, formerly of Highlands Park.

It was the first time a Bucs player scooped the accolade since Manyathela himself did so in the triumphant 2002/03 season, banging in 18 goals to help the Soweto Giants to the title.

In his debut season in the famous black and white, Mhango got off the mark in the opening game of the campaign, netting the third and final goal in a 3-1 victory against his former side, Bloemfontein Celtic.

The highlight of his season was undoubtedly the first-half hattrick he scored in a 4-1 victory away to Polokwane City, which came in the middle of a purple patch, where he found the net 12 times in 10 matches.

Gaba ended the season just as he started it, making sure he comes up tops in a tight Golden Boot race, as he scored in each of Pirates' last two fixtures.

With the new campaign getting underway in the coming weekend, Buccaneers fans will be looking forward to seeing Mhango among the goals once more.

Pirates Through to CAFCC Quarterfinals Despite Defeat
Read More
Who is the fairest of them all?
Read More
Bucs smash Dikwena for SIX
Read More