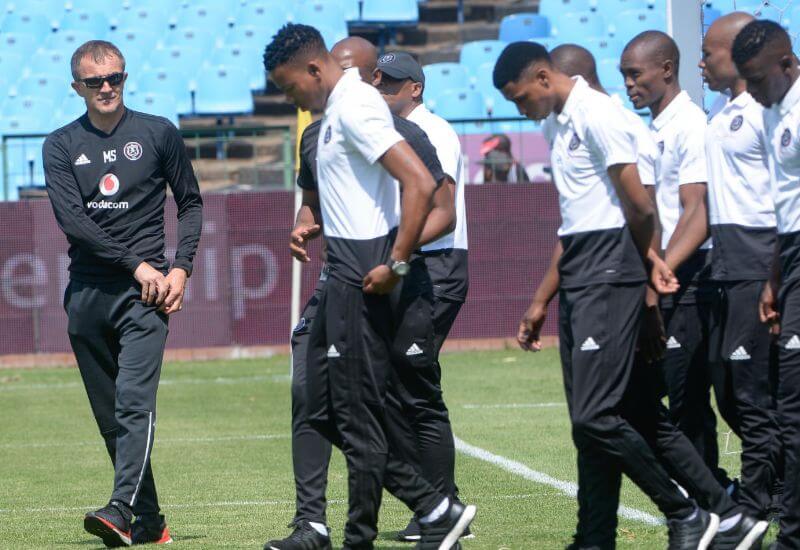 Orlando Pirates Head Coach Milutin Sredojevic has achieved a milestone that very few before him have been able to achieve at the Club in recent years.

The goalless draw between Orlando Pirates and Mamelodi Sundowns at the weekend was the Serb’s 50th match in charge since joining the club (albeit in his second stint) on the 3rd August 2017.

Speaking on his recent milestone, Sredojevic said: “It is a great honour for me to reach this milestone at such an important Club like Orlando Pirates. We have both come a long way from when we first began this journey together 10 years ago. The responsibility to coach this team is a big one because the expectation of the supporters is also very big. To be here for 50 games makes me extremely proud that, together with my technical team, the players, and management, we are working towards the overall big picture of taking this Club to the next level.”

Out of Pirates’ ten coaches in the Premier League since 2007, Micho as he is affectionately known, has a win percentage of 50%.

And despite his tenure at the Club being a trophy-less one so far, Sredojevic can reflect on the milestone with pride at the improvement the Club have made under his stewardship.

“When we began at the start of last season, we were driven by the desire to restore pride to the badge and also to heal the souls of our supporters after a very difficult and unusual season. We assembled a new technical team and made some changes to the playing personnel and we finished the league in a strong position of second place. Now we face a new challenge of maintaining the strength of the team and building on from that so we can continue to bring happiness to the supporters. We are in a strong position currently but we are not getting too far ahead of ourselves. We need to keep working hard, keep learning and remain humble and focused, taking each moment and each game as it comes.”

With this achievement the 49-year old tactician overtakes the likes of Julio Leal and Vladimir Vermezovic who were at the helm for 31 and 42 matches respectively. However, he has some work to do if he is to regain first place.

As it stands, the person leading the charts is Ruud Krol the man who famously won the historic treble in 2011. Krol was in charge of a total of 108 matches (win percentage of 51%) while Eric Tinkler sits in second with 75 matches (48%) and third is Roger De Sa who was the main man in charge for 65 matches (48%).

However, when it comes to the Premier Soccer League, two names stand out- Bidvest Wits’ Gavin Hunt and Sundowns’ Pitso Mosimane. Between these two gentlemen, they have 339 league games – out of these games 184 have been wins with Mosimane netting 103 wins (58%) and hunt 83 wins (51%).

Below is a list of where Sredojevic ranks alongside the previous 10 coaches that have been at the helm since 2007.