Mlambo is LG Player of the Month 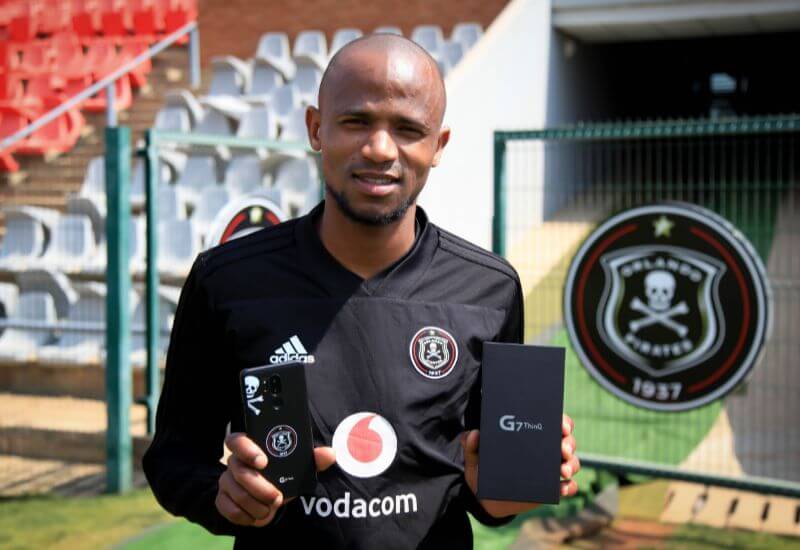 The Buccaneers have spoken and Xola Mlambo has been crowned as the 2018/19 season’s first LG Player of the Month.

The midfielder received the majority of votes cast by fans in a competition conducted on the Club’s official social media platforms over the weekend.

Teammate Vincent Pule was not far behind with the second highest number of votes received.

In a generally slow start to the season for Orlando Pirates, Mlambo’s consistency throughout August has been significant in the team’s midfield.

Having featured in all six matches played so far, Mlambo’s statistics show:

Orlandopiratesfc.com caught up with “Ten-Ten” on his achievement, where the midfielder expressed his gratitude in being nominated and winning the award.

“It’s a great honour to be nominated for such an award, especially in a time where we haven’t been doing as well as we had planned for as a team. When we get onto the field we aren’t thinking of awards, but rather to help the team win games so to be here right now is a pleasant surprise.”

The 27-year old is looking to maintain his work ethic throughout the rest of the season and is set on helping the team return to their winning ways in what will be his second season at the Club, after his own slow start after months on the sidelines before signing with the Buccaneers.

“We are working hard as a team and always want to do well for each other and the supporters. We finished the season strong last year and we need to build on that. We have an international break now where we can focus fully on preparing and look forward to getting back into the swing of things when we resume the league.”

“This award has added to my motivation and will be a constant reminder that I need to keep working hard. One thing for sure, if I’m working hard enough to get recognized, it also means I’m pushing for my team to do well at the same time.”