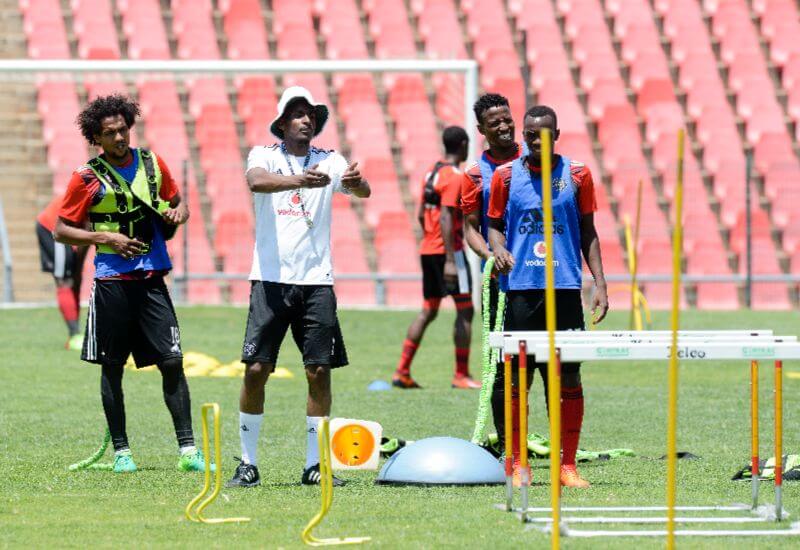 The Mighty Buccaneers suffered their first defeat of 2018 at the hands of relegation zoned Ajax Cape Town, in a match that saw the home side best the opposition in the only aspect of the game that counts the most: the score. In an interesting twist of fate, the two sides are once again drawn against each other, this time in the Nedbank Cup last 32 stage scheduled to take place at the Orlando Stadium on Saturday 10 February at 20h15.

Assistant coach Rhulani Mokwena gave some insight into the Bucs’ preparation and thoughts around this important cup fixture.

“I can say that the preparations for this game are spot on. Previously, when they played against Platinum Stars (before our game) they played a 4-3-3 and later changed to a 3-man defence. So going into our match we were uncertain as to the formation they would play and that caught us off-guard.”

“We have since done the analysis using specifically our previous match with them and one of the key learnings is that while it is good to have possession, what is important is what you do with the possession. We got ourselves into trouble with zonal marking in certain aspects but we have worked out a solution for that.”

“We have not only profiled the players but the coach as well. It was clear in their match against Polokwane City that they have a strategy in applying their defensive block and furthermore they look to provoke you into playing a certain way. We have looked at how possession breaks down and how they were controlling the threat on the counter attacks.”

“We will make a few tactical adjustments. They have a good coach who analysed us and we have done the same to him. Therefore it will be a matter of applying certain tactical elements to try explore the weaknesses that we have identified in their play. It will be a tactical game of two strong teams with good players and very good technical teams.”

Will this be a grudge match?

“Big teams are not motivated by grudges but are inspired by a desire to improve and do better. We have a positive energy which is centred on the responsibility we have not only to the badge, but also to the supporters. It is clear that we are undergoing a technical revolution while we are establishing a game model that reflects the stature of Orlando Pirates Football Club. The responsibility of a big team is to create a game model that is synonymous with how we would like to see South Africa play. This is the project of the technical team, not grudges.

When you play for Orlando Pirates, the ambition is to win and get to the next round until there are no more rounds to get to. That is why we always try to do our best. There is also a bigger picture with every game from a commercial and marketing point of view but your supporters won’t be too happy if you take a long time trying to build on that bigger picture. For us, the difficult part is in finding a balance between building a proper foundation that will maintain the success which is synonymous with our brand, as opposed to just trying to win a league or cup or the next game, without understanding how it happened.”

“Losing a player of Musa’s quality is a big blow. We knew about him being on the brink of suspension because he was sitting on three yellow cards. Having said that, we have been working hard with the group to incorporate the different players into our game model so that there isn’t too much change when we lose one or two players to injury or suspension. The club is rich with talented players and while we will miss Musa, we are also prepared as we have depth and quality in the midfield. There are adequate replacements that are capable of filling the void that Musa will leave. We have a plan, and we have an ace up our sleeve. This is the art of war.”