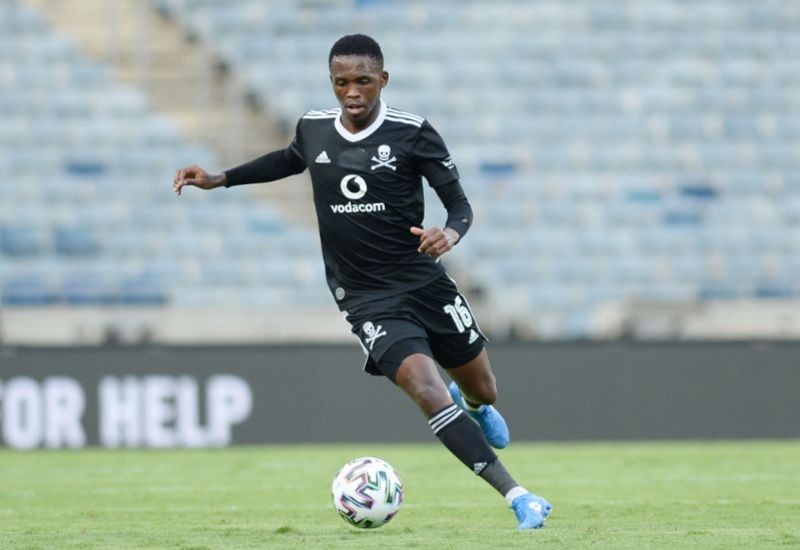 Thabang Monare heads into today’s DStv Premiership clash against TS Galaxy looking to build on his Man of the Match performance from Orlando Pirates’ 1-0 win over Maritzburg United this past weekend.

The 31-year-old delivered a near-perfect box-to-box display against the Team of Choice, but he insists that more needs to be done to help the side produce more consistent performances.

Orlandopiratesfc.com caught up with the midfielder, who opened up about how for him, contributing to the team's success comes before personal glory.

Thabang, congratulations on Saturday’s performance. Your first man of the match award in Pirates colours. How does that feel?

TM: It was good, but what felt even better was that we got three points on the road. That was quite good, looking at the performance that we had.

The game was a bit physical, you needed treatment a couple of times, how is the body feeling?

TM: [Laughs] The body's okay. It was quite lit out in the field, but we train for this kind of thing. So yeah, the body's fine. Looking forward to the next one.

The win came after a couple of tough results. How important is it that you guys build from the victory and maintain winning form?

TM: We know that it's important that we keep winning because at the end of the day, to be competitive in the league you need to be consistent. We want to find some consistency and start moving up the table.

Today we face TS Galaxy. This is the first match against them and as they have shown already so far this season, they can be tricky?

TM: It's true, they are not an easy team to face. Fortunately, we are playing at home and we know what needs to be done.

Also, there’s the Soweto Derby coming up this weekend, how difficult is it to play in the same week with one mind on the Chiefs game?

TM: Well, when it comes to that, I always try to focus on what's coming next. My sole focus is on the match against TS Galaxy.

We all know that the Derby is a big game but at the end of the day, three points is three points hence why we need to take today’s game seriously. We will shift our focus to Chiefs from tomorrow.