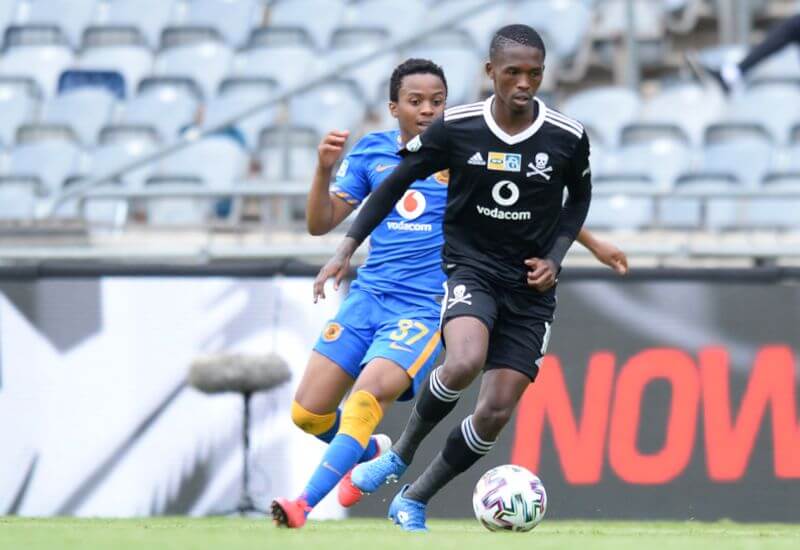 They say form is temporary, but class is permanent. This quote holds true for new signing Thabang Monare who marked his Orlando Pirates debut against rivals Kaizer Chiefs this past weekend.

It has been almost two months since he last kicked a ball in anger, albeit a mere 26 minutes in Bidvest Wits’ 3-1 win over Polokwane City, however looking at Monare play on Saturday, he didn’t look like he missed a beat.

The 31-year old commanded the Pirates midfield along with Ben Motshwari with aplomb as the Buccaneers took command of their MTN8 semifinal with a convincing 3-0 first leg victory.

Speaking on his debut, Monare said: “It feels good to be off the mark for my new club but more importantly, it’s great to get the win. I haven’t played competitive football in a while so obviously my match fitness for the competitive games is not where I want it but it’s getting there.

“We are happy with the result on Saturday and I want to give credit to my team mates for making my debut a dream start, but we are well aware of the fact that the tie isn’t over yet, which is why we are not going to get ahead of ourselves.”

He added: “With the season so jam packed, there’s little time to dwell on Saturday’s result, the games are coming thick and fast and we have already shifted our minds to the next match against (Bloemfontein) Celtic on Wednesday.”