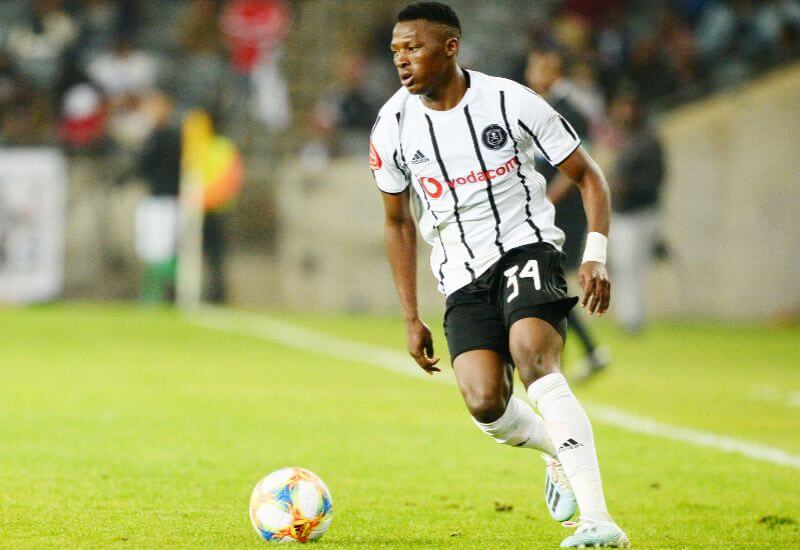 Orlando Pirates’ newly promoted youngster put on a dazzling display in his first outing as the Buccaneers marched to an emphatic 3-1 victory over Bloemfontein Celtic on Saturday.

Monyane, who was also part of the SA u20 team that competed in the FIFA u20 World Cup recently, described his debut as a 'dream come true'.

With right back Mthokozisi Dube out injured, the Technical Team placed their faith squarely on the shoulders of the young 19-year old by thrusting him into the starting line-up, and he didn’t disappoint.

“It was a surreal experience,” is all that Monyane could say after playing in his first professional match.

“I mean, who would have expected that after signing my professional contract just a few days earlier, that I would be in the starting line-up of the first team in an official match. This is what dreams are made of. I am thankful for the opportunity – thankful to the technical team for having faith in me, and to my teammates who have been truly amazing and very supportive.”

“I must also say a big thank you to our supporters who made me feel comfortable. It might not have shown but I was very nervous in the game, but all their cheering and support made a world of a difference to calm me down.”

Monyane who is a product of the Orlando Pirates Academy joins a long list of young Buccaneers to don the famous Black and White, including Lyle Foster who was recently sold to French giants AS Monaco.

“Lyle and I go a long way back. I don’t even consider him a teammate or a friend, but more like a brother. I used to stay with the Fosters when I came to the club – they were very good to me and I was treated like another member of the family. I will always remain thankful for all they have done for me. I still keep in contact with Lyle, he has done very well for himself and I hope he continues to fly that South African flag high all the way in France.”

Like Foster and others before him, Monyane aims to become one more success story to come out of the Pirates Academy production line.

“Look, I am fully aware of the situation that I find myself in and the big shoes that one must fill to play for such a club, but I am first and foremost Thabiso Monyane before I am anything else. What has happened before me and what will follow behind me can only serve as a lesson, but at the end of the day I need to make the best out of this opportunity that has been handed to me. Nobody else can do that for me.”

“I am fortunate to have a very supportive family background. The foundation that my mother and father have set for me has prepared me to face anything that will come my way,” he concluded.

Vote For September LG Player of the Month