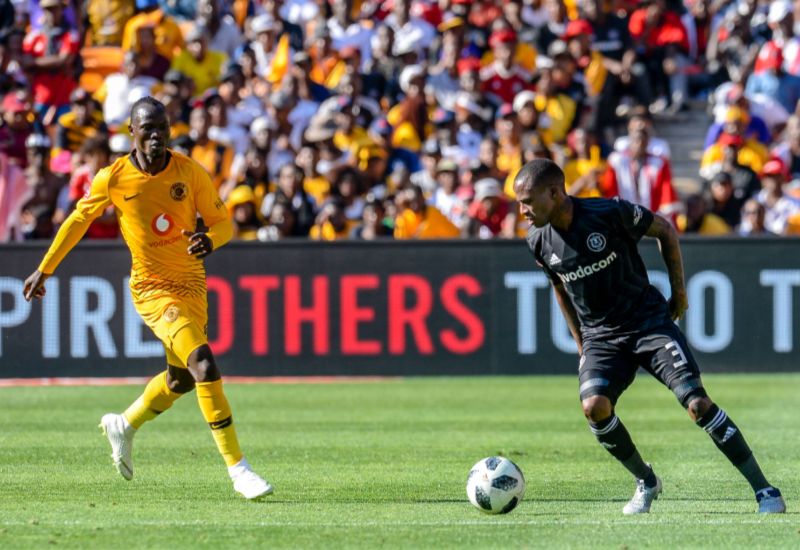 In the 100th league edition of the Soweto Derby, Orlando Pirates will be looking for another memorable performance against their old rivals, Kaizer Chiefs.

The two biggest clubs in the land lock horns again at FNB Stadium on Sunday, with three points on the line.

The fixture has dished out many unforgettable moments, and Orlandopiratesfc.com takes a trip down memory lane, recalling some of the Buccaneers' finest performances against Amakhosi.

Massive winning margins have become rare in the Soweto Derby, particularly where league encounters are concerned, but this was not always the case.

In 1990, Pirates were some distance away from the title contenders - but were not about to hand favours to their fiercest rivals, who were still in the race.

Written off against an in-form Chiefs outfit, the Buccaneers carpet-bombed their way to a 3-0 lead at halftime, with goals from Mandla "Metro Blitz" Sithole, Ernest "Botsotso" Makhanya and Teboho Moloi.

Absalom Thindwa pulled one back for Amakhosi early in the second half before Rodney Anley netted a brace to complete the routing.

The early years of the PSL era were characterised by close encounters between the two sides until the late Lesley Manyathela announced himself on the big stage when he underlined his quality against the Glamour Boys.

"Slow Poison" was set up by Benedict Vilakazi for the opening game of the match, which gave the Sea Robbers a 1-0 lead going into the break.

Things remained tight for much of the second half until the striker pounced once more to make it 2-0.

Vilakazi then turned from provider to finisher, as he capped a dominant performance with a goal of his own.

It could be said that this was over as a contest inside the first 30 minutes after kick-off.

An early blitz from the Buccaneers gave them a 3-0 lead by the 24th minutes through goals from Benni McCarthy on either side of a strike from Andile Jali.

The comfortable scoreline might have offset some consistency towards the half-hour mark, as Amakhosi answered back through Siphiwe Tshabalala.

With nearly an hour remaining on the match, Pirates were required to get a firmer grip on proceedings to avoid letting what had looked like an easy three points.

They did so, as only one more goal managed to slip through on their way to a famous 3-2 win.

The most recent of these memorable Bucs performances in the derby came during the 2017/18 season. This was after the two sides had played to a goalless draw in the reverse fixture.

This particular fixture was not short of goals, with Thembinkosi Lorch opening the scoring in the 21st minute before Chiefs hit back through Leonardo Castro.

Luvuyo Memela was introduced in the second half, and that proved to be an inspired move as the attacking midfielder netted a brace to hand the Buccaneers a 3-1 victory.

This remains the last league Derby where the victor managed a winning margin of two or more goals.