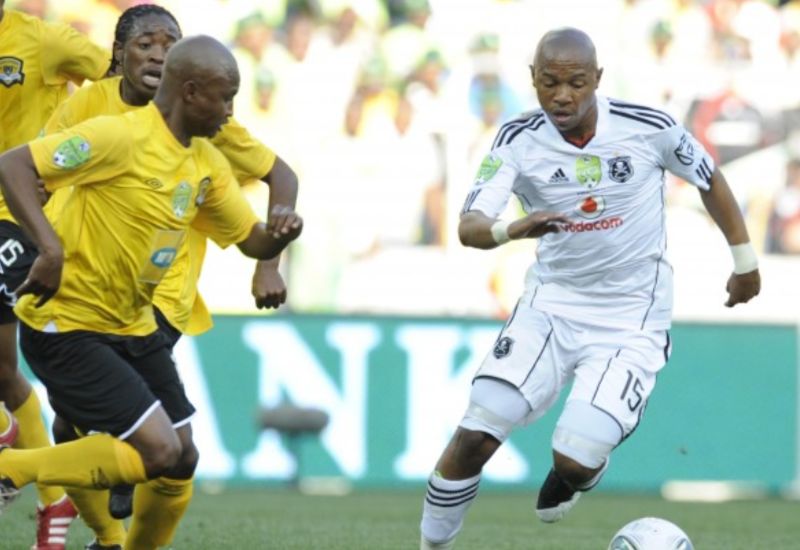 Orlando Pirates are one of the most successful clubs in South Africa's biggest knockout cup competition, winning eight times since 1971.

The Nedbank Cup returns on Saturday, with the Buccaneers facing Uthongathi at Orlando Stadium in a Round of 32 clash.

The men from Soweto are chasing a third title under the Nedbank Cup banner, having registered triumphs in 2011 and 2014.

Since the inception of its current incarnation in 2008, the Bucs have had some memorable outings in the competition, and Orlandopiratesfc.com looks back at some of the Club's best fixtures in the tournament.

The 2011 Class of Buccaneers players easily waltz into local football folklore, thanks to their part in the Club's fabled double-treble winning exploits at the turn of the last decade.

One of their most famous triumphs came in the 2010/11 Nedbank Cup, where surprise package, Black Leopards were their opponents in the final.

On that afternoon, it appeared as if Lidoda Duvha were en route to scalping another big head when ex-Bucs defender, Rooi Mahamutsa turned one into his own net early in the second half. However, the Soweto Giants rallied back in spectacular fashion inside the last 20 minutes of the contest.

Falling behind seemed to have sprung Pirates into life, and man of the match, Thulasizwe Mbuyane set Isaac Chansa up for the equaliser in the 72nd minute.

Three-minutes later, the creator was the goal-scorer, as Mbuyane placed his side into the lead for the first time in the match.

He completed his brace in the final minute to hand the Bucs their third title of the season, a feat they completed once more in the very next campaign.

Another final meant another come-from-behind effort and this time, it was Kermit Erasmus' turn to net a brace and send the coveted piece of silverware back into the Soweto Giants' headquarters.

The Students' Jabulani Shongwe made the most of rare surge into the opposition box - after a lively start from the Buccaneers - when he slotted in past Moeneeb Josephs in the 26th minute.

It took as many minutes for Pirates to draw level, as Oupa Manyisa set up Kermit Erasmus, who shot goalwards for the equaliser.

The Bucs skipper on the day was again the provider, this time finding Sifiso Myeni, who put his side in the lead.

The result was placed beyond doubt in the 72nd minute, as Erasmus completed his brace to make it 3-1.