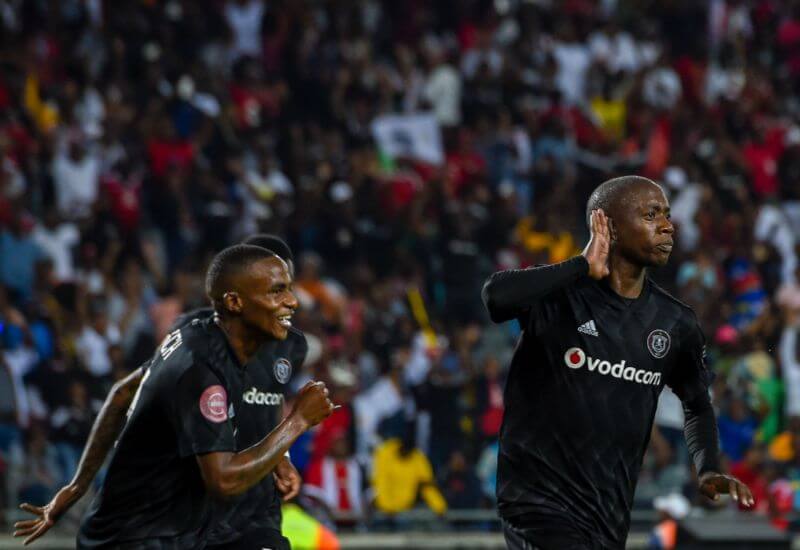 It was the 84th minute at Orlando Stadium, and the Buccaneers were at their marauding best. The victims were AmaZulu, who had the misfortune of jolting the home side into action after taking the lead inside 20 minutes.

Sitting three goals to the good, the Soweto Giants put on a show for their supporters as they put the glossy veneer to a polished attacking display by burying the fourth nail in the Usuthu coffin.

Augustine Mulenga began the build-up with a cross to his compatriot Justin Shonga, who went on to initiate a lively one-touch interplay between himself, the mercurial Thembinkosi Lorch and Musa Nyatama. With a total of six pass completions in and around the 18-yard area, the ball lay on a platter for midfielder Ben Motshwari to smash into the back of the net.

Motshwari left little room for goalkeeper Siyabonga Mbatha to react as his well-struck half-volley whistled past the dejected keeper.

With the build up being as crucial as the goal itself, this 4th and final goal of the fixture has been deservedly voted as the February 2019 Ford Goal of the Month.

Official Fuel Sponsor, Caltex South Africa, has rewarded Motshwari for his goal against AmaZulu with R2000 to use at any Caltex Fuel station, nationwide.