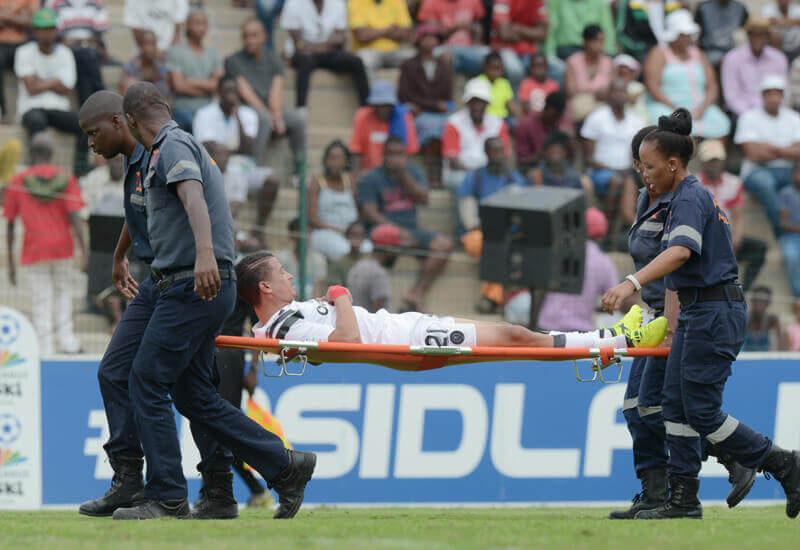 Goalkeeper Siyabonga Mpontshane is close to returning to full fitness after being cleared to start strengthening work with the strength and conditioning team.

Mpontshane, who has been out since injuring himself during pre-season camp, is said to be progressing well in rehabilitation and it is a matter of time before he gets to compete for a place in the starting line-up.

According to the Bucs medical department, the 31-year old has been given the green light to work with the Biokineticist and start working on strengthening.

Meanwhile, midfielder Riyaad Norodien has finally been granted permission to remove his moon boot. Although he still some way off before he can compete for a starting berth, Norodien has started running and will continue being monitored by the strength and conditioning department as he nears full fitness.

Rest of the Injuries

Thamsanqua Sangweni (knee): Continuing with treatment on the injury he suffered in the opening league match of the season against Chippa United.

Nkosinathi Mthiyane (knee): Sustained a knock during the friendly match last week. He is still experiencing some discomfort and is currently receiving treatment.

Yusuf Maart (ankle): Suffered an ankle sprain in the MDC match against Amazulu at the weekend and was treated immediately. He will be assessed today to determine the full extent of his injury.