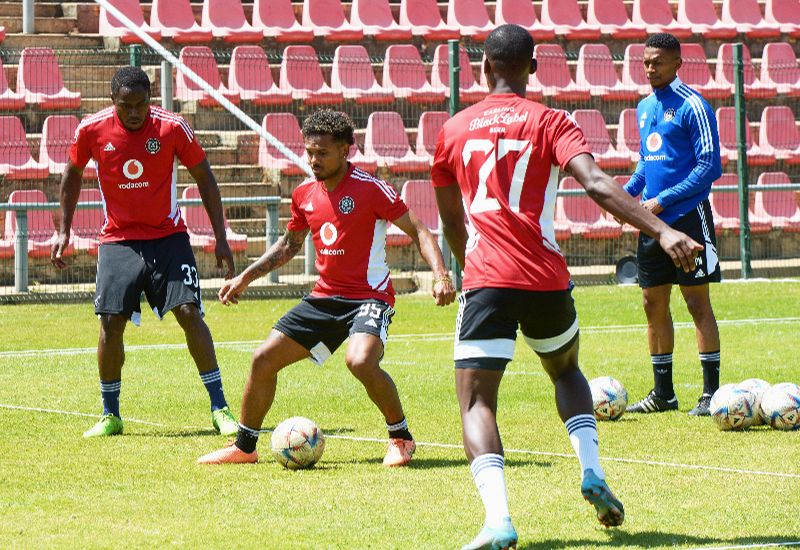 The country’s attention will be drawn towards Soweto this Saturday, where Orlando Pirates will be hosting Mamelodi Sundowns in the first leg of their MTN 8 semifinal tie at Orlando Stadium.

It’s a highly-anticipated match-up, with the two most recent winners of the competition seeking the ascendancy in the opening leg, with collecting the season’s first piece of silverware the ultimate goal for both camps.

It has been a while since the Buccaneers took to the field, with their last outing coming three weeks ago when they defeated TS Galaxy 2-0 in the league to take up second place in the standings.

That victory was their third in their last five games, a stretch of results which includes their 2-1 quarterfinal triumph over Royal AM. During this period, the Soweto Giants have lost just once, with their goalless draw on the road against SuperSport United their only stalemate since mid-August.

While victories have not come as consistently as many Bucs fans would have liked, they team has had a decent start to the campaign, winning five of their nine fixtures across competitions and falling on the losing side on only two occasions.

They face the early season pace-setters and current holders of the MTN 8 trophy, who have had a shorter break between fixtures having taken on AmaZulu eight days after Pirates’ last fixture, registering a last-minute victory to consolidate their spot on the top of the league standings.

Sundowns have registered four victories in their last five outings, with the only blemish in their record being the defeat to Tshwane rivals SuperSport United, who they had earlier defeated in the first round of the MTN 8 to book a spot in the semis.

Overall, they have won seven of their 10 games in all competitions, losing twice and drawing once.

The Buccaneers will welcome midfielder Goodman Mosele back from suspension, and the player will have gotten some much needed minutes under the belt when he turned out for the national team during the international break.

The 22-year-old was among four Pirates players who turned out for South Africa over the past week, and the quartet has rejoined the Bucs camp alongside Ghana’s Richard Ofori, who represented the Black Stars in their friendly match against Nicaragua on Tuesday.

On the injury front, the hosts could be welcoming a number of their stars back into the match day squad, with the likes of Vincent Pule, Terrence Dzvukamanja and Thabiso Monyane all training with their teammates after being sidelined in recent weeks.

Also in line for selection are Pirates’ deadline day signings, Kermit Erasmus, Ndabayithethwa Ndlondlo and Sipho Chaine, while striker Evidence Makgopa is another one nearing his Bucs debut, having made significant progress in recovering from an ankle injury.

Sundowns have also bolstered their squad during the latter days of the transfer window, with defender Abdelmounaim Boutouil joining from Moroccan giants Raja Casablanca.

Meanwhile there are some injury worries in the camp heading into the fixture, with Abubeker Nasir, Gaston Sirino and Haashim Domingo among those who sat out the game against AmaZulu through various injuries.

Miguel Timm (Orlando Pirates): Against a team that likes to dominate possession, a lot will be expected of the players deployed in the middle of the park and Timm’s ability to read the  game and instigate go-forward ball will be crucial. Since making the move to the Buccaneers, the 30-year-old’s competitive nature has provided an extra dimension to the engine room, which has elevated him to a regular starting berth.

Marcelo Allende (Mamelodi Sundowns): The former Chile youth international arrived in South Africa with a big reputation, and has already made his mark in just a handful of games in Sundowns colours. Since joining the Tshwane Giants, Allende has been especially effective in cameo appearances and could be the difference between the two sides in the case of a tight encounter.

The visitors will be confident heading into this particular clash, based on their recent record against the Buccaneers, who last registered a win over their rivals more than two years ago.

It has however not always been one-way traffic in clashes between these two teams, with the period between 2010 and 2020 providing a tense rivalry where Pirates recorded eight victories to Sundowns’ seven across competitions.

The Soweto Giants will also have good memories of the last time they played their Tshwane counterparts at this stage of the competition, as they won 4-3 on aggregate in their last MTN 8 semifinal tie, which took place in the 2011 edition of the competition where the Buccaneers went on to claim the coveted trophy.

How to Watch Orlando Pirates vs Mamelodi Sundowns

The game is scheduled to kick off at 15:30 on Saturday, and will be broadcast live on SuperSport PSL. Tickets are available at Ticketpro, retailing at R80 for adults and R20 for children under 12-years-old.

Live updates will also be provided by Orlando Pirates across the Club’s social media platforms.

Maela: "We Must Not Play the Occasion"

Pirates Play to a Tense Draw Against Sundowns