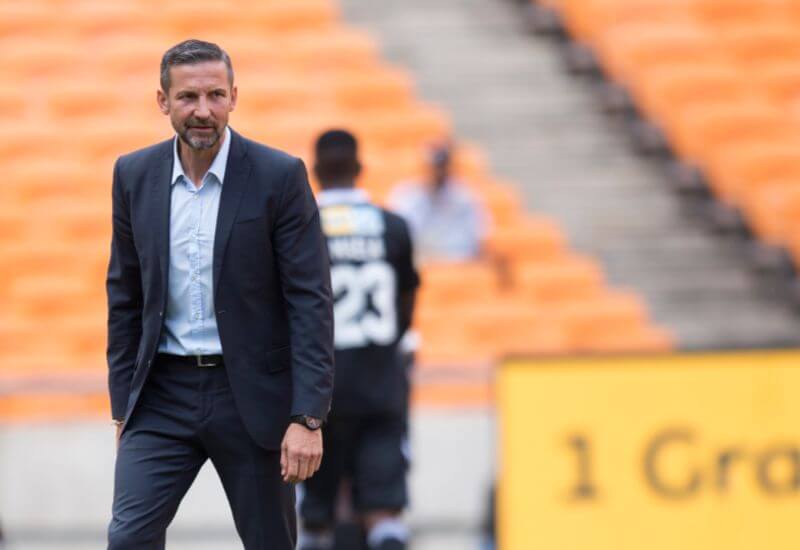 The biggest fixture in Orlando Pirates' season so far is almost upon us, with Bloemfontein Celtic lying in wait in the MTN8 final, which takes place at Moses Mabhida Stadium on Saturday at 18:00.

It has been a busy week for coach Josef Zinnbauer's troops in preparation for the men from the Free State, who have often posed a tricky challenge for the Soweto Giants.

In contrast to the Buccaneers' path to the last two - where they netted six unanswered goals - Phunya Sele Sele have had to endure tight encounters to book their spot in the final.

John Maduka's men overcame quality opposition to earn a shot at the title, edging Mamelodi Sundowns in the quarterfinals, before doing the same over two legs to defending champions SuperSport United in the semis.

For Pirates, the route to the final has just been as treacherous, as they had to go past Cape Town City, who they defeated 1-0, before encountering bitter rivals Kaizer Chiefs in a two-legged semifinal tie which ended in an emphatic 5-0 aggregate scoreline in favour of the Bucs.

Their only previous cup encounter in the past decade came in the 2017 Nedbank Cup, where the Soweto Giants triumphed in extra time.

Overall, the last 20 clashes between Celtic and Pirates have been rather even, with the Bucs only just edging ahead with eight wins to seven, while five matches have not produced a winner.

Ndumiso Mabena: The Celtic lineup is filled with lots of quality players, and one of them is captain Ndumiso Mabena, who has three goals in four matches across competitions this season.

Victor Letsoalo: Also bound to pose a threat up front is the 27-year-old attacking midfielder, who is level on goals with his skipper, with two coming in the MTN8.