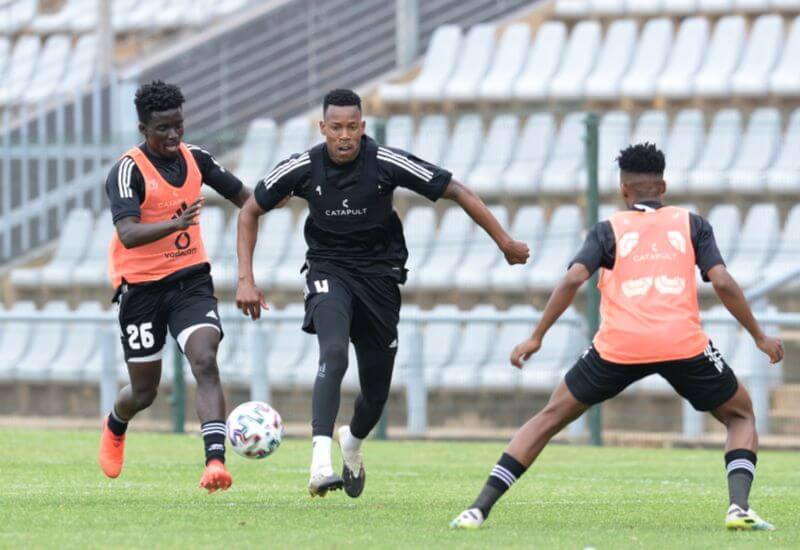 The biggest fixture in the South African football calendar is upon us, with Orlando Pirates and Kaizer Chiefs battling it out in the first leg of the MTN 8 semifinals at Orlando Stadium on Saturday at 15h00.

The first of four guaranteed Soweto Derbies this season takes place under unprecedented circumstances, with no spectators allowed inside the match venue, due to COVID-19 regulations.

Nonetheless, the action that will matter the most will be in the middle of the park, where the two fierce rivals will be looking to gain the ascendancy in the two-legged tie.

Billed as hosts, the Buccaneers will aim to rediscover the form they displayed in the quarterfinals, where they beat Cape Town City in what is so far their only win across competitions in the new season.

Their opponents on the other hand will be buoyed by their midweek result, as they dominated Chippa United on their own turf to get off the mark in the league.

The last time the two Soweto Giants met in the MTN8 was the 2014 final, which was won by the Glamour Boys at Moses Mabhida Stadium in Durban.

That result, along with how the Buccaneers fared in the derby across three encounters last season, could be the fuel needed by Josef Zinnbauer’s men on Saturday.

Across competitions, Pirates have been the slightly more dominant side, with eight wins in the last 25 encounters, while Chiefs have registered five victories.

Khama Billiat: The Zimbabwean international has had a sharp start to the new season, where he has been one of the standout Chiefs players. It was through his pin-point set-pieces that Amakhosi were able to stage a comeback against Maritzburg United in the tournament opener.

Lebogang Manyama: The 2016/17 PSL Footballer of the Season is fast regaining the form that saw him dominate prior to his move to Turkey, and can be a threat from anywhere in the opposition half.