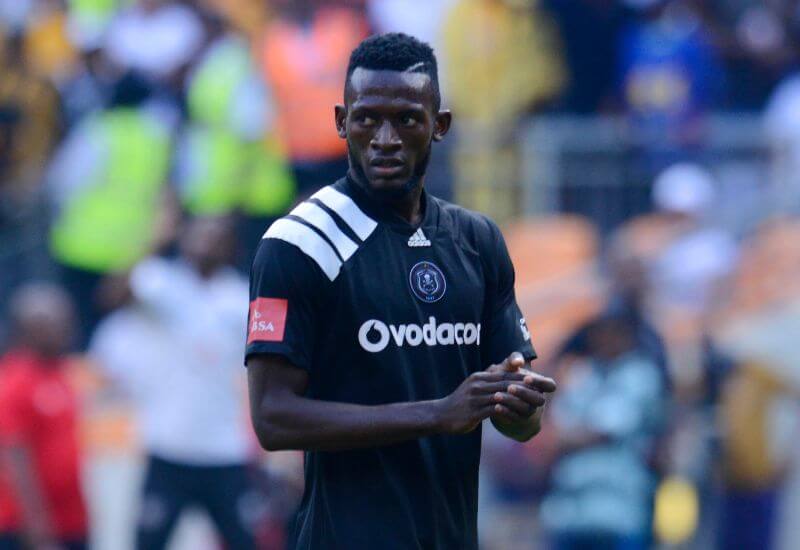 Augustine Mulenga is pleased to have made his debut for Orlando Pirates.

The reigning Zambian Player of the season made a cameo appearance in the Mighty Buccaneers’ 3-1 victory over rivals Kaizer Chiefs on Saturday.

“When I came to this Club I said I wanted to test myself and what better way than to start that test in a Soweto Derby? All over the world people have an interest in this game, and in Africa, ours is one of the biggest. I’m very happy with my contribution, and to have such a positive start and good reaction from the crowd gives me confidence to keep working hard to show myself even more,” said the 27 year old.

“I have to give thanks to the medical team and physios for getting me up to speed, and also importantly to the coaches for the opportunity and the trust they showed in me. When you watch the Derby from afar, you try imagine what it’s like for the players. When you are part of the mix, you realise that the intensity of preparation is completely different to what you imagined. My coaches and teammates played a big role in making me mentally ready for this game because it’s not just about the result on the field but the energy and mood of the country as a whole.”

Mulenga, who came on in the second half as replacement for his fellow country man Justin Shonga, also revealed that he used his time on the bench to assess the opposition.

“As a new player in any game, more especially when you are on the bench, there are many things that go through your mind. I had to stay calm and focussed because when people see a new name on the list there is an expectation that you must do well when you get the chance. Big games are crucial because they set the tone for how you will continue going forward so I had to stay sharp in my reading of the game, just in case I come on.”

“Before I came on, the coach told me that I needed to keep it simple and manage the game. My role was to help the team with killing off the game in the final 10 minutes and if I find a gap to create a scoring opportunity then it’s a bonus for us. I know they also wanted me to get a run in an important game so that I can take in the atmosphere even more. This was a big confidence boost for me.”