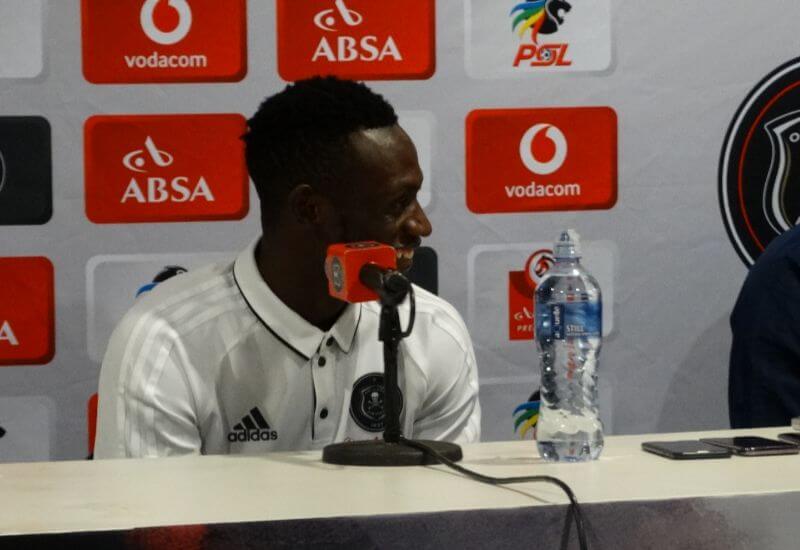 Zambian international Augustine Mulenga is finally off the mark in Orlando Pirates colours and what a way to do it! Mulenga netted a 79th minute winner with a cracking strike against Bloemfontein Celtic on Wednesday night.

As a new player who comes with the title of Zambian Player of the Season, Mulenga is fully aware of the weight that has been placed on his shoulders so naturally, the 28 year old was pleased to have scored his debut goal for his new employers.

“It's always nice to get your first goal for your new club. Mine was made extra special because it was in front of our home supporters,” said Mulenga. “It was a tough match and we had to force a win, so when the coaches put me on as a substitute I told myself that I have to do my job to either score the winning goal or help create an opportunity for my team. In the end I was just so happy that my strike ended up being the all-important winner on the night.”

If there was ever any doubt on the qualities of the January signing before this game, he certainly made people stand up and take notice with a splendid strike in Pirates’ 2-1 win over Phunya Sele Sele. His goal was greeted with a resounding roar.

“I was running down the flank and then I cut into space to look for the shot. When Memela gave me the ball, the Celtic defence expected me to give it back, but I had already seen Lorch whilst I was on the line. He has a great eye and incredible skill so he knew that my movement after the pass would need to receive the ball again. When Lorch played the ball back to me, I shifted across to create a pocket of space that gave me a clear view of where the keeper was, favouring the near post. I knew that I had to hit the ball to the far post and I had the confidence that the power and technique that I work on in training would come back to reward us.”

Pirates have been impressive this season particularly in 2018 where they have won 80% of their matches played. But what is more encouraging from this Class of 2017/18 is their Never-Say-Die mentality. According to Mulenga, this boils down to the positive chemistry in the changeroom.

“The team spirit here and the willingness to work has been great since my arrival. We don’t want to lose, we all put in 100% effort and we do our best to encourage each other. I think this is why the team has been so good at grinding out results. We interact and joke with each other but when it’s time to work we all share the same focus, ambition and vision which is to bring glory to the Orlando Pirates badge. Since my arrival at Pirates, I've seen nothing but great character and a willingness to work, and I feed off it every day.”

We shall Never forget