Mulenga set to start training with the Buccaneers 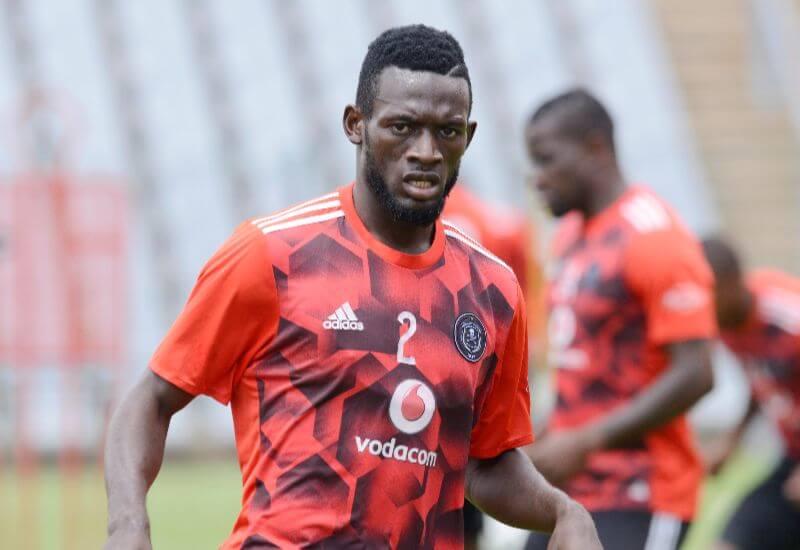 The wait is finally over, the long-anticipated arrival of Augustine Mulenga has finally come to pass.

The reigning Zambian Footballer of the Year joined his new teammates for his first training session as an Orlando Pirates player this afternoon.

Orlandopiratesfc.com spoke to the 27-year old earlier today to hear his thoughts on joining the Mighty Buccaneers stable.

“I joined Orlando Pirates because it is a childhood team of mine. I have always supported the Club and I remember when I was growing up as a small boy when we used to play football on the street, I would always do the skull and bones celebration whenever I scored.”

“Last year I had a couple of offers which I was seriously considering but when the Orlando Pirates offer came in there was no question on where my heart was. During CHAN (CAF Championship of African Nations), I had some more offers come through (from teams in Egypt and France) but by then they were late as I had already signed for Orlando Pirates.”

Following the footsteps of other Zambian legends

“If there is one former Zambian that I would like to emulate, it would be Isaac Chansa. He came here and made a big impact at the Club. Even today, when Isaac Chansa comes by our town, people remember what he did for the Club. They would say, “Do you see Isaac? Do you know what he did with Orlando Pirates?”

“Orlando Pirates is a big team with an impressive history. I’m honoured to be here and like my countryman and others before me, I want to work hard for the Club and create a lasting legacy that would make me and my country proud.”

“I want to be able to tell my kids one day that I was at Orlando Pirates and show them what I achieved with the Club.”

“When all players retire, they would like to look back at their careers and list all the trophies they have won… I am no different. I have already won the Zambian League and other titles in Zambia but now I want to try my hand at winning other trophies in a different country.”

“It’s a challenge I have set myself. I want to win the trophies here in South Africa and obviously when I refer to trophies I mean the big one, the league and/or Nedbank Cup, simply because these two trophies give us an opportunity to contest on the continent once again.”

“African Champions League is the ultimate dream of mine and this is one of the reasons why I came to Orlando Pirates.”

“I am happy that I am going to see a familiar face when I start my new career on Wednesday. It is difficult to put in words what it means for the both of us to be here. We are childhood friends, we grew up having the same dream of playing together and winning cups together. For a while it felt as if we would never play together because life was pulling us in different directions but now we are both here and it is almost an indescribable feeling, I just see it as a promise of what’s to come and I pray that the Lord helps us reach our goals with Orlando Pirates.”