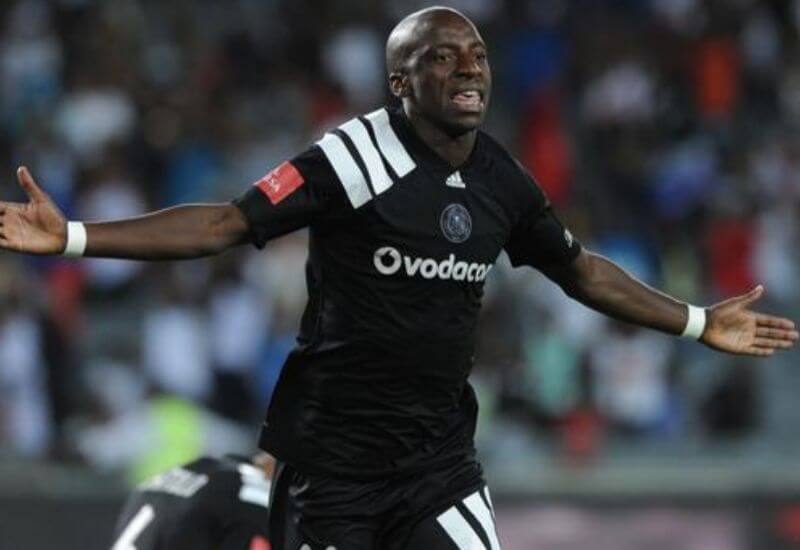 Musa Nyatama joined the Club at the start of the season and has proven to be an integral part of the quest to restoring pride and respectability to the Orlando Pirates name. With six Man of the Match Awards in all competitions so far this season, Nyatama has made his name synonymous with word CONSISTENCY.

With so many good performances under his belt, it’s difficult to pinpoint the exact moment when it all clicked for Nyatama, however, his goal against former side Bloemfontein Celtic in December 2017 comes pretty close. Not only did that goal see the Bucs home to all three points, but it ended a run of nine years where the Soweto Giants failed to beat Siwelele in Bloemfontein.

Orlandopiratesfc.com caught up with ‘Mr Consistent’ to speak about playing against his former team and his journey in the Bucs colours so far.

Celtic's Approach to the Match

“Coming to Orlando Stadium is always a big deal. Celtic will be highly motivated because they want to cause an upset and win at Orlando against Pirates. For most teams, when travelling to Orlando, the players see it as an opportunity to prove that they are better than the current Pirates squad so they can also show that they too deserve to play here. This is an opportunity to impress a big team so it’s motivation in its own. I know from personal experience because I also used the same approach when I was Celtic.”

“We expect them to sit back and try catch us on the counter; they used that tactic when they played against Maritzburg United. Orlando stadium is a big pitch and its easy for us to rotate the ball and create spaces. This is something we have been working on at training. We must stay compact and also try to counter press them and move to win the ball in their half, that way it won’t be easy for them to counter attack.”

“Our stance on this issue seems to have created some controversy but for us its simple. The club had a difficult 2016/17 season and we have taken an undertaking as players and Technical Team to use that as our motivation. We are fighting for the pride of the brand and to restore our reputation as one of the best teams on the continent.”

“This is a two-fold approach for us. Firstly, we focus on each match as it comes by doing a proper analysis of the opponent. That includes identifying their strengths which we need to guard against, and also identifying their weaknesses, both individually and collectively, which we will look to exploit. In order to achieve this, we play as a team and every player on the field is aware of what the plan is and what we need to do in order to execute it.”

“Our secondary objective is to accumulate as many points as we possibly can. When we started the season, we wanted to improve from last year’s position. I think its safe to say that we will finish safely within the Top 8, and will also show improvements in all departments as well. Like Coach Micho always says, we are a work in progress. We are always working towards improving our performance at training and on match day.”

“We are aware of the implications of tonight’s result against Celtic and all the results from this point on. Should we found ourselves in a position to win the Absa Premiership in the process, then of course we will grab that opportunity with both hands (he says with a beaming smile). Winning at Orlando Pirates is obviously a requirement but doing it now would only mean that our plans would have come to fruition a lot earlier than expected”.

Message to The Ghost

“Our supporters have been an integral part of the journey so far. The role they play on the stands is invaluable. They follow us everywhere, they sing throughout the match and they give us the fuel we need to keep on fighting. Their role tonight will be especially important because we are all aware of how vocal the Siwelele fans are, therefore we need the Ghost to come in numbers and fight for us on the stands whilst we fight for them on the field. It is a team effort and we all need to work together in order to collect all three points.”