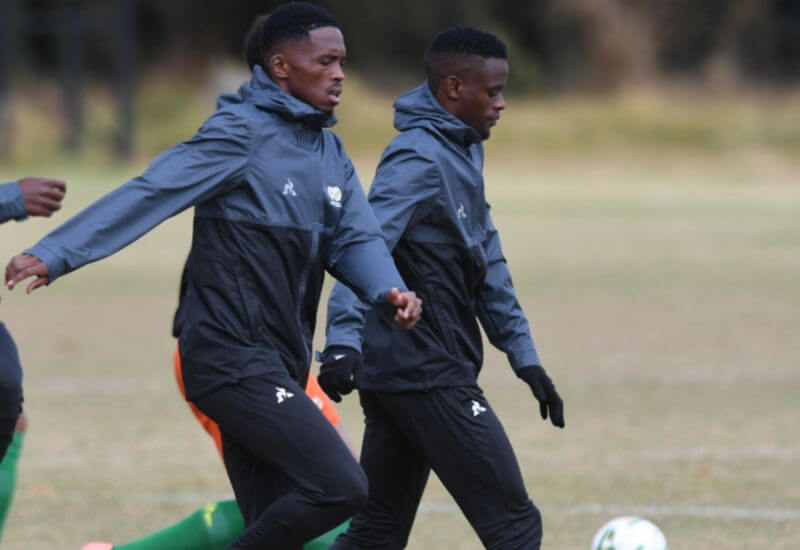 The 2020/21 season may have come to a close, as far as domestic action is concerned, but some Orlando Pirates players will be on show in the coming days.

Several African nations, including Bafana Bafana, will be taking part in international friendlies over the next week in preparation for the upcoming FIFA World Cup qualifiers, as well as the Tokyo Olympics, later in the year.

A total of five Buccaneers have been called up by their respective national teams ahead of what is a busy period in the international football calendar.

Innocent Maela: Having been part of the Bafana setup for a while now, defender Innocent Maela has again been called up, and will be competing for a place in the matchday squad when South Africa take on Uganda in a friendly at Orlando Stadium on Thursday.

Thabang Monare: Another Buccaneer named in Hugo Broos' squad is midfielder Thabang Monare, who featured in the AFCON qualifiers, and will once again be looking to add another cap to his tally.

Bongani Sam (SA Under-23): Olympic preparations are all the rage as far as the Under-23s are concerned, and making the cut in David Notoane's latest squad is defender Bongani Sam. The 23-year-old is part of the 25-man travelling party jetting off to Cairo, where they will take on Egypt's Under-23s in two matches between 10 and 13 June.

Richard Ofori: After overcoming a groin injury, Bucs keeper Richard Ofori has been named in Ghana's squad ahead of friendly matches against Morocco and the Ivory Coast.

Gabadinho Mhango: After playing a crucial hand in securing AFCON qualification for Malawi, striker Gabadinho Mhango is in line for another cap as his national side prepares for a friendly match against Tanzania on Sunday, 13 June. The 28-year-old has been called up to join the 24-man squad that will be travelling to Dar Er Salaam for the fixture.