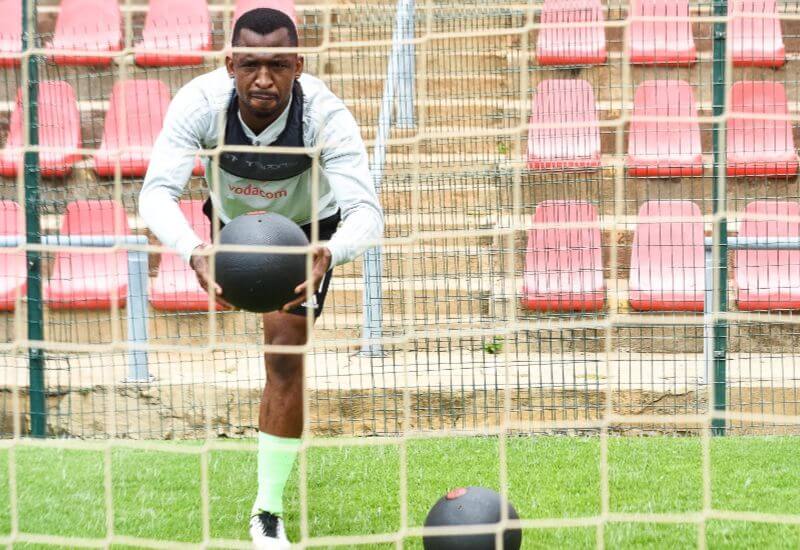 When 15H30 hits on Saturday afternoon, the biggest game on the South African sports calendar will kick off at the FNB Stadium, coincidentally, the country’s biggest sporting arena.

A fitting venue that is deeply entrenched in the football fabric of the country, the FNB Stadium played host to Africa’s first World Cup Final, but this weekend all attentions and nostalgia will be focused on one game alone – the Soweto Derby.

Orlando Pirates have enjoyed a spell of domination over their cross-town rivals in recent seasons. When they travel along Nasrec Road to the impressive ‘Calabash’ on Saturday, Kaizer Chiefs will lie in wait, hoping to pull one over the high-flying Buccaneers.

The sixth-placed Amakhosi have suffered three successive defeats in a calendar year – a first for them against the Mighty Buccaneers – as well as a change in management with the appointment of Ernst Middendorp after parting ways with Giovanni Solinas mid-season, who took over from Steve Komphela last year. They will no doubt look to stem what has become an expected tide when they take to the field in this highly anticipated Absa Premiership fixture.

For Orlando Pirates, it will be the continuation of a tough series of matches in close proximity of each other, as the Derby is sandwiched between two CAF Champions League clashes with the defending champions Esperance de Tunis.

Alfred Ndengane, who has since become a regular feature in the Bucs' defence following his move in the January transfer window, and with a possible Soweto Derby debut on the cards, Orlandopiratesfc.com caught up with ‘Mhlekazi’ who shared his thoughts ahead of the big showdown.

“It’s every player’s dream to play in the Soweto Derby and if given the opportunity I will be grateful.The Derby is one of my dreams and I am sure playing there will be a great confidence booster for my career.”

“It’s no secret that this is a massive game, despite what people may have been saying about it over the years. I recall in my Celtic days, we used to look forward to this game even when we weren’t part of it. This is a game that has everyone talking, one way or another.”

“It would be an honour to represent Orlando Pirates and get the opportunity to put my name in the history books of this great game, as one of the players to have played a part in the biggest spectacle of South African sport. I hope that I can make a positive contribution towards the team performance.”

“I know I’m going to sound like a cliché right now but the mood actually is great, the guys are highly motivated. There is a positive attitude among the players and we are all working hard to impress the coaches because everyone is looking forward to playing. If our positive attitude is anything to go by then we stand a good chance on Saturday.”

“The past Derby results have been good to us, but we should not be complacent and think that they will repeat themselves. We need to keep putting in the work and following our game plan. They will be hurting and wanting to put things right for their fans but it’s equally important that we do the right things to keep our own fans happy on Saturday. It would be a mistake to assume that we will win just because we won the last three.”

“It’s easy to look back at the last three games where we beat Kaizer Chiefs, all in one year, and assume that we have them figured out but the Technical Team is not entertaining any of those thoughts. Our approach is one of respect for the opponent, focusing on correcting our shortcomings, and improving on the positives ahead of the Derby.”

“The Derby is not about passed or current form, it is not about the number of games we won against them or our unbeaten run in the league. The Derby is about taking on our arch rivals, it’s about the pride that is at stake, and the three points on offer to whoever wants it the most.”

“We know very well that this will be a grudge match for them, despite what may be said in the media. As a player in their shoes, you know they will be out for revenge come Saturday. It’s not easy to be on the back of three straight defeats against your biggest rival. Furthermore, with this being their home game they will be under pressure from their supporters to win and bring back a bit of pride for their brand.”

“They also have Coach Middendorp so it’s a completely different team from the one we dominated in 2018. They have shown some positives in their game under him, and seem to have a fresh approach which is working for them at the moment.”

“Together with our form, it should be a great game and a fantastic atmosphere at FNB this weekend.”

“Playing for a big side like Pirates, and in any game at that, comes with pressure. It’s all part of the territory that you must navigate as a professional. The structure however is so great that you don’t feel it that much because of the advice you get from senior players like Happy Jele and Musa Nyatama. Things are very calm because of the environment that coaches also create for us, and even the supporters play their part in becoming our source of strength. Even though everyone wants us to win, they genuinely make us feel like they trust that we can get the job done which takes a lot of the pressure off.”

“But the real pressure for me comes from home! My wife is relentless in her passion as a Pirates fan so when I get home after things don’t go according to plan, it can become very tough for me. And I can’t escape her either because she is right there wherever I go. I am reminded all the time of my responsibility ahead of the games and even more so with this one coming up. I suppose from her perspective she speaks for the fans, and so if I get the chance to play, it will be their words that will drive me to do my best.”

“I hope that everyone that will be there will enjoy themselves in a safe and responsible way, no matter the outcome. With the country, the continent and the world paying attention to this fixture, it’s important for all of us to do our part in making sure that we put on a show – on the field and in the stands. We need to remember that this game is bigger than all of us, and it will leave a legacy in how we are remembered as a part of this fixture if we participate in it.”

The Soweto Derby will be played on Saturday, 9 February at the FNB Stadium. Kickoff is scheduled for 15H30.