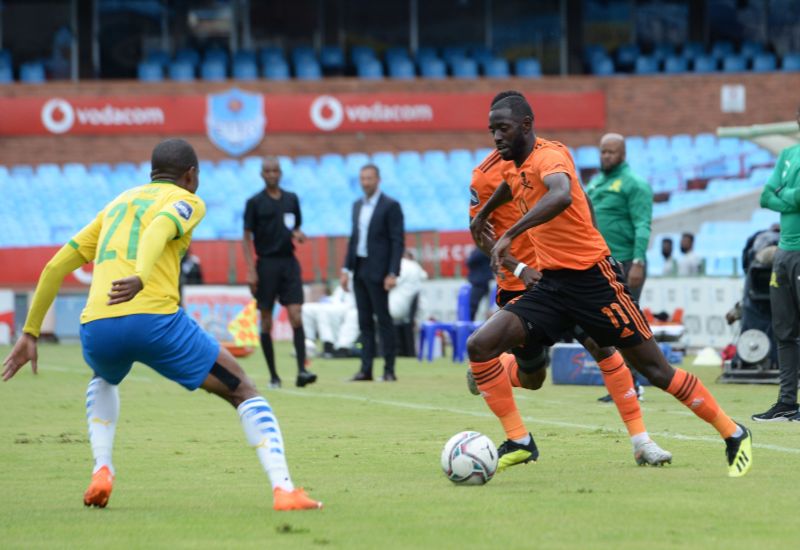 When the Nedbank Cup quarterfinal draw took place earlier in the year, many football fans were hoping that Orlando Pirates and Mamelodi Sundowns would avoid each other, saving the mammoth clash for later in the competition.

That wish was not granted, albeit to no one's dismay, as the football-loving public will once again be treated to two of South Africa's powerhouses going at it with a spot in the last four at stake.

With the magnitude of the encounter well-documented, Orlandopirates.com looks at the key battles that could be anticipated within the clash taking place at Loftus Versfeld on Thursday.

Still in his first season in Bucs colours, Deon Hotto has slotted in seamlessly in Coach Josef Zinnbauer's system, becoming one of the regulars in the German mentor's XI.

Against Sundowns, he comes against Thapelo Morena, a versatile player who is equally capable of operating as a right fullback as well taking up a more advanced position far upfield.

The attacking nature of both players means they could demand more of each other defensively, which makes for a scintillating duel.

Bucs striker Tshegofatso Mabasa is a known threat inside the box and, should he get a run on Thursday, he will likely have to contend with a solid presence in the 'Downs defence, in the form of 28-year-old Mosa Lebusa.

Fresh from an injury spell, the 24-year-old has already chipped in with a couple more goals in the few minutes that he has had on the field, and will no doubt be keenly watched by the hosts.

The hosts boast an imposing threat of their own on the other end of the field, in the form of Peter Shalulile, who has 16 goals across competition already this season.

This means that the work is cut out for the Pirates defence, particularly that of influential skipper Happy Jele, who has turned back the clock with some fine defensive performances to go with his fine leadership.

Games of this nature are often won and lost in the middle of the park and it will be no different in this upcoming encounter.

The midfield mavericks for Thursday’s clash will be Fortune Makaringe for the Mighty Buccaneers while for the Brazilians, it will be the reigning PSL Footballer of the Season Themba Zwane.

Both players have talent aplenty and will be key to their respective clubs to provide the creative spark in the final third.