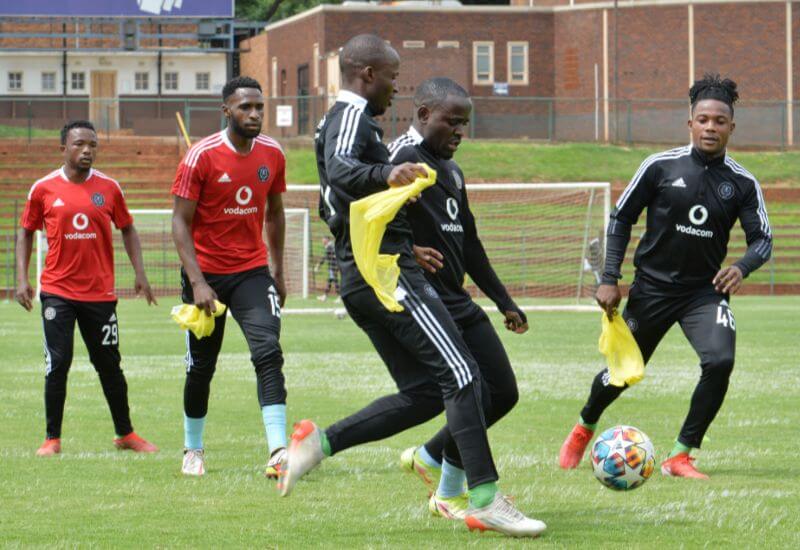 The Nedbank Cup Round of 32 kicks off the season restart this weekend, with Orlando Pirates opening their campaign against AmaZulu at Orlando Stadium on Sunday.

It’s a third meeting between the two sides this season, following two league games where the Buccaneers collected a handy four points.

However, the previous meetings are firmly in the past, as two of the oldest clubs in South Africa now set their sights on cup glory.

In AmaZulu, Pirates face a side that has proven its mettle in cup games, most notably overcoming a tough draw to make the CAF Champions League group stage.

With this being the fifth season since returning to the top flight, the Durban-based outfit enjoyed what was mostly a successful 2021 terms of results, and will see the addition of silverware as the perfect way to officially announce their resurgence.

First on the agenda for Usuthu will be to overcome the stiff challenge posed by the Buccaneers in their own backyard, before exorcising the ghosts of their past Nedbank Cup campaigns, where the Round of 16 has proven to be their ceiling since reaching the semifinals in 2012.

Pirates, on the other hand, are looking to lift the prestigious trophy for the first time since triumphing in 2014.

The Soweto Giants have since finished runners-up twice in the competition, and will be looking to clinch an elusive ninth title, starting with victory over Usuthu.

Like their opponents, Pirates’ previous Nedbank Cup campaign ended relatively early, as they crashed out in the quarterfinals.

After a strong finish to last year, the legions of Bucs supporters will be hoping that form carries into the new year, where opportunities at silverware beckon.

Pirates had to navigate their final game of 2021 without the services of two key players in captain Happy Jele and star defender Paseka Mako, who were both suspended for the fixture.

Both players are now eligible for selection, while the defence will further be bolstered by Nigerian international Olisa Ndah, who is back from AFCON duty.

Also back from representing his country in Cameroon is Malawian striker Gabadinho Mhango, whose presence adds to the many options co-coaches Mandla Ncikazi and Fadlu Davids have up front.

The Buccaneers will, however, have to continue without the services of goalkeeper Richard Ofori and midfielder Vincent Pule, who are both in their final phase of rehabilitation as they continue to recover from long-term injuries.

They could both feature on Sunday, with Mobara most likely to play a part on the day due to the injury cloud hanging over experienced defender Limbikani Mzava, who picked up a knock while representing Malawi at AFCON.

Kwame Peprah (Orlando Pirates): With four goals in his last two competitive outings, including a brace against AmaZulu, the young striker has hit his stride at Pirates and will look to continue where he left off on Sunday. Peprah has not only impressed with his goal-scoring ability, but also his strength on the ball and link up play, which have provided opportunities for his fellow attackers.

Luvuyo Memela (AmaZulu): Another player who finished the year in sizzling form is the former Buccaneer, who found the net against his old club when the two sides last clashed. The 34-year-old is a constant goal-threat from both set-pieces and open play, and utilises pace to great effect in stretching the opposition defence.

This will be the first cup meeting between Pirates and AmaZulu since 2018, when Thembinkosi Lorch starred with a brace to hand the Soweto Giants a 3-1 victory in the opening round of the Telkom Knockout.

Since then, the two sides have only met in the League, with the Buccaneers winning four of the eight encounters during this period, while the remaining four have ended in draws.

Overall, the Soweto Giants have been dominant across competitions over the Durbanites, winning nine of their last 23 clashes and only losing twice.

How to Watch Orlando Pirates vs AmaZulu

The game, which kicks off at 15:00 on Sunday will be televised live on Supersport PSL (Channel 202). You can also follow the action by keeping an eye on live updates provided across Orlando Pirates’ social media platforms.